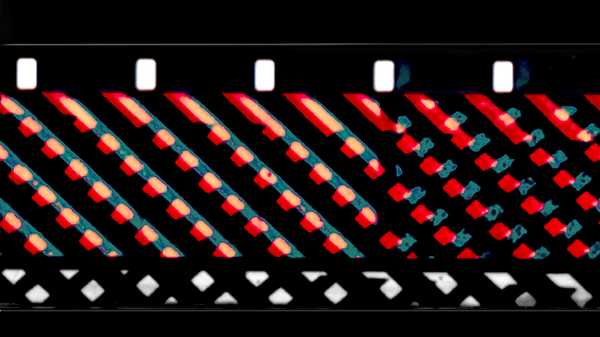 An exhibition at ACUD PROJEKTRAUM with works by

In 1972 the British artist and filmmaker Lis Rhodes co-founded the feminist film distribution collective "Circles." Based on the desire to distribute and screen women’s film on their own terms, Circles wanted to create a platform for female art films that remained invisible in the main institutions of these days. Rhodes created a radical strong formal aesthetic and wanted her audience to "reconsider film as a medium of communication and presentation of image, language and sound."

The exhibition “Beyond Space – Raum, Rhythmus, Abstraction” follows this need and brings together four female artists of different generations working through the possibilities of abstraction. They use film, photography, painting, drawing and installation to question the representation of space and make us aware that we only perceive very partial traces of the "visible", which are inevitably influenced by our own perception.