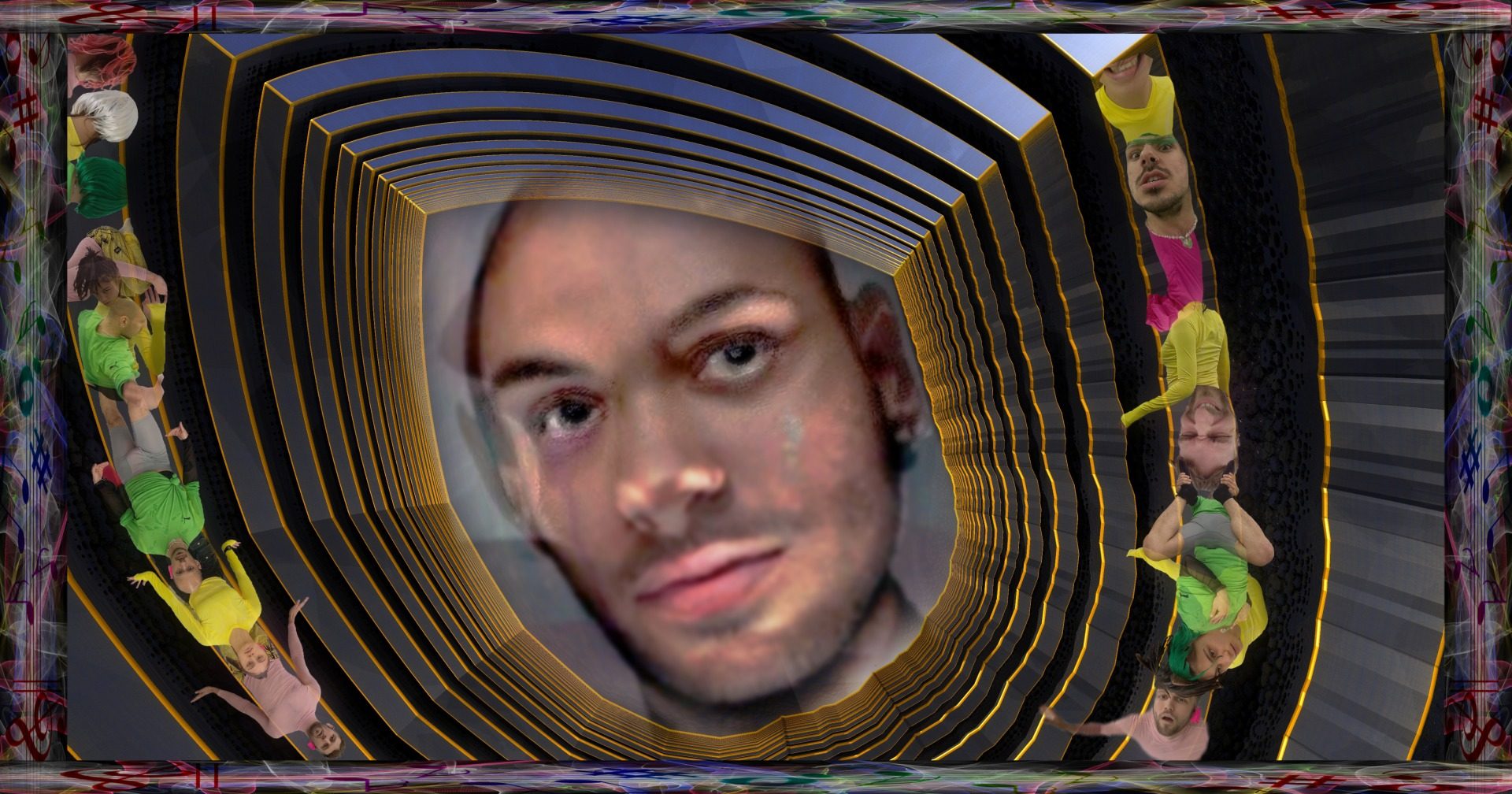 ( ◡‿◡ *) Remember when grumpiness evolves in a rather short time towards a sense of longing and total existential evacuation… Some temporal segments are structured by concise “5, 6, 7.1, 8” – whereas others are documented impromptu and post-produced. Quadruplets presently demonstrate comparable rhythms; one emerged at the beginning with a camera attached to its face. Gathered within a social solo of (dis)embodied emote-reactions, their togetherness asks if similitude is always already algorithmic.

▓▒░(°◡°)░▒▓ Attitudinize… and plug into the wall-socket (full-recharge fantasy)! “Emoji-bot” is a four-player avatar with human’s feet-coverings, polygonal posture, and misapprehended grandeur – of mortality, sass, age, and pending resurrection. It-we enacts a “post-embodied performance”: an onscreen departure from a cute world of mediated liveness which has been recently (re)constructed. 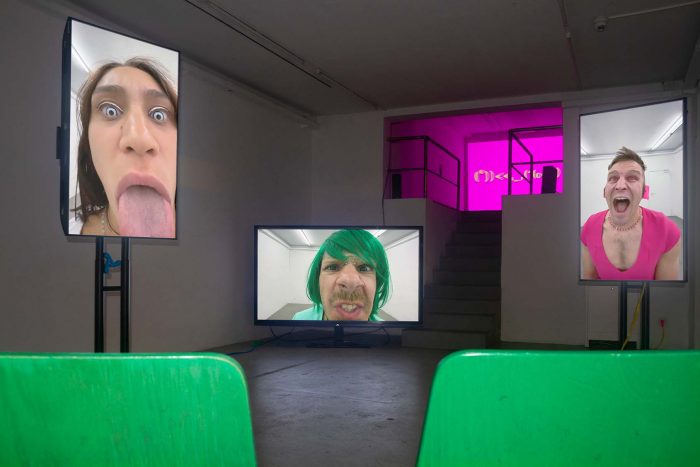