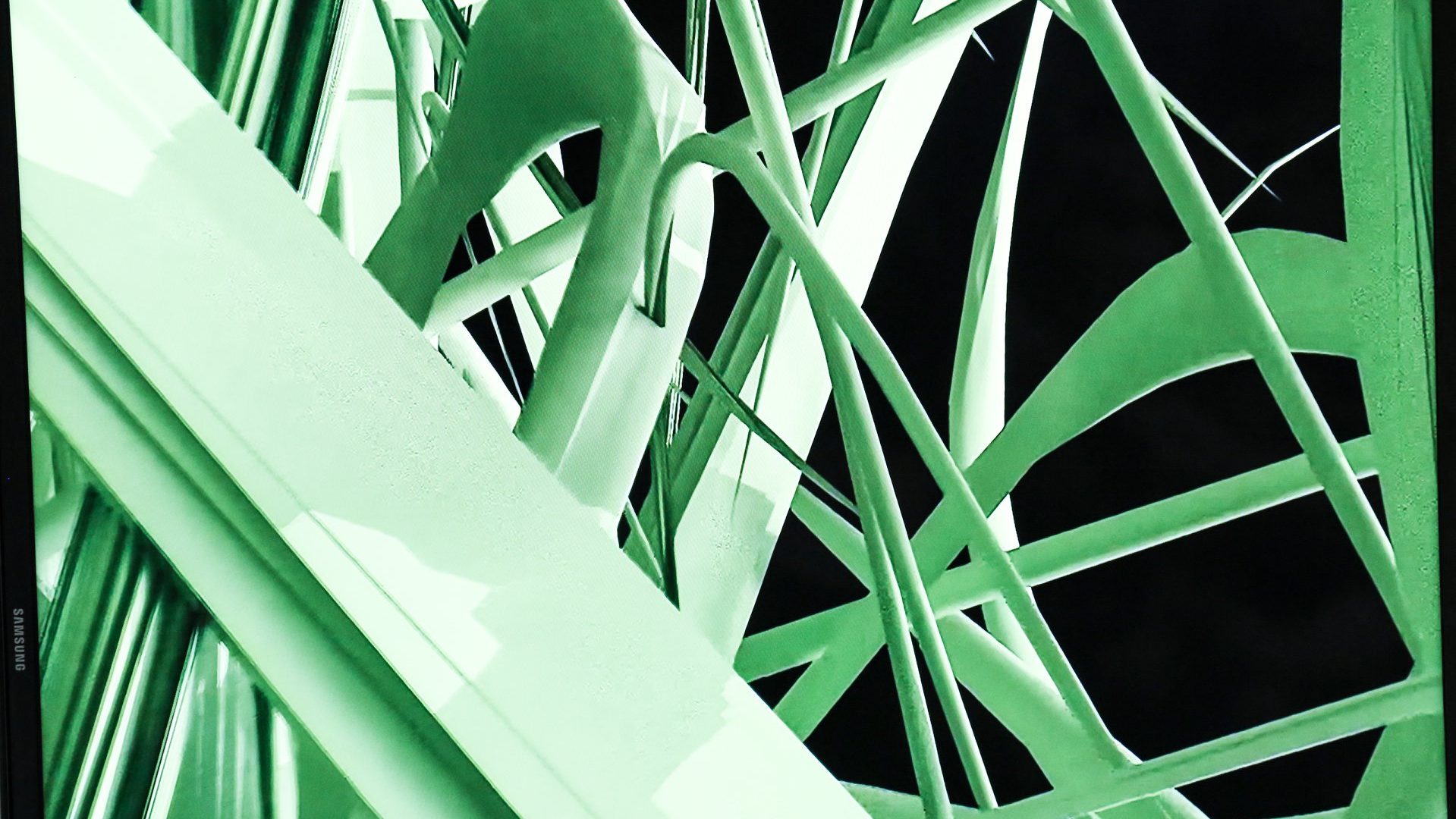 The dominant model of time in contemporary Western societies is known as a linear, goal-oriented time: a ‘mechanical’ time that can be measured, owned, used, bought and sold by humans. Thinkers such as the geologist James Hutton, the author of the Deep Time theory, have described that the age of the Earth has been determined to be around 4.55 billion years. Humans have been around for an extremely short period on this geological timeline. In the third chapter Variations on Time, Karma Ltd. Extended presents the work of artists who deal with non-anthropocentric, organic tenses and question the traditional time patterns. By providing access to forms of knowledge and understandings that the dominant linear and anthropocentric time culture suppresses, they invite us to imagine different ways of interspecies co-existence and counter-narratives.

Working with sound, film, performance, and objects, Kapwani Kiwanga (born in Canada, based in Paris) relies on extensive research to transform raw information into investigations of historical narratives and their impact on political, social, and community formation. Her work focuses on sites specific to Africa and the African diaspora, examining how certain events expand and unfold into popular and folk narratives, and revealing how these stories take shape in objects and oral histories. Trained as an anthropologist, Kiwanga performs this role in her artistic practice, using historical information to construct narratives about groups of people. Kiwanga is not only invested in the past but also the future, creating speculative dossiers from future civilizations to reflect on the impact of historical events.

In the series Subduction Studies (2015-2017), Kiwanga observes the space between Earths continents, specifically Africa and Europe. The speculation of Pangaea Ultima suggests a supercontinent occurring again, which will see Europe slipping underneath Africa. This theory inspired Kiwanga to take photographs at the National Museum of Natural History in Paris of rock specimens from the Northern coast of Africa and Spain. By folding the photographs together, she not only demonstrates a new form but also a new geopolitical perspective, where two continents and their migrants would be geographically connected.

Susanne M. Winterling (born and living in Rehau and Berlin, Germany) works across a range of  media to explore the sentient economy, digital cultures and the social life of materials in the environment. Winterling’s practice reflects upon political as well as aesthetic entanglements and power structures among human/animal/matter.Forms and materials narrate about the relationship between species and elements in today’s challenging geopolitical context. Working across a variety of media and with a constant challenging and questioning of artistic media in society, Winterling is known for her time-based installations that critically engage the representation of reality. Prevailing modernistic concepts, power structures, and hierarchical historiographies are captured and investigated in her work in the form of spatial constellations. Her practice emphasizes what pure information and form leaves out – including a sensual approach to media and material as well as body flows. Winterling undertakes affective and material-based research that highlights the subjective interaction between producers, viewers, materials, and species in our ecology.

Susanne Winterling ’s recent research has centered around microscopic and satelitte image captured marine organisms called dinoflagellates. These protagonists are bioluminescent: when mechanically activated—by the movement of swimmers or boats—populations of dinoflagellates cause a blue glow in the water. Physicist-cum-philosopher Karen Barad cites “dinos” as one instance of “queer” nature: they “are neither plant nor animal, but can act as both.” Winterling calls the bioluminescent dinoflagellates and the ecosystems in which they are embedded an “affective, haptic system.” The teeny organisms react to touch in a way the artist compares to a living touchscreen. In this, she deliberately blurs the lines between the human hand, technology, and plankton. The viewer is put at eye level with the suspended and enlarged organism, albeit one that doesn’t have eyes or a central nervous system. While being a perfect example of embodiment the sentient species are an alarmsystem for changes now heavily announced on the planet. In so doing they suggest an alternative way to imagine communication and community while some awaken by melting ice have turned toxic and remind us of a future with transformations to come.

Cloud Chamber explores questions of the beginning of the universe in relation to the geological ungrounding processes, invisible structures, geo-traumas and deep time. It is a fictional visual meditation about contemporary science and a cross sections of the larger systems of power and the politics of desire.The relations between humans and nonhumans become transfigured and weaved equally into the new forms of life.

Funded by the Berlin Senate Department for Culture and Europe.