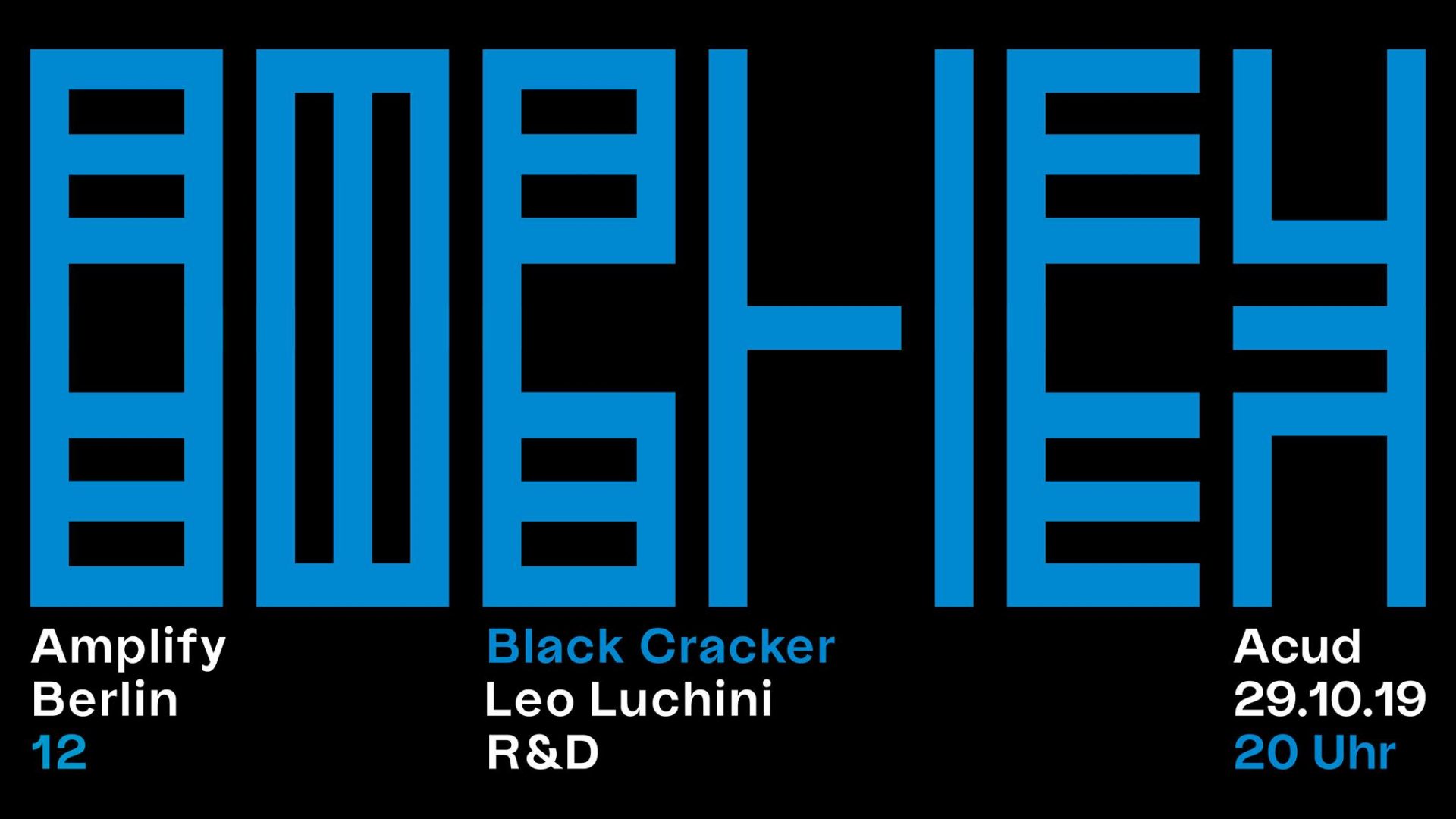 The twelfth edition of the creative development program features mentor black cracker and live sets from his mentees Leo Luchini and R&D.

Black Cracker (Ellison Glenn)
... is a multi-disciplinary artist working in sound, text, video and installation. After a late graduation he enrolled at the Memphis College of Art in 1996 where he studied fine art with an emphasis in conceptual art and art history. Excelling as an award winning slam poet locally and nationally, he was also a vital activist and educator, mentoring teenagers all over the city from 2000-2009 as Artistic Director of Urban Word NYC (formerly Youth Speaks NYC). In 2004 Black Cracker began exploring music production, collaborating, producing and touring with a number of avant garde groups. He is currently a vocalist in jazz trio Grand Pianoramax and Kiku along side Blixa Bargeld. Black Cracker has released 3 solo albums, and has toured the globe extensively, most recently as the support act for Peaches in Europe and Australia. In 2016, Black Cracker presented his interpretation of Mozart’s Cosi Fani Tutte at the Deutsche Oper. In 2017, he performed at the Museum of New and Old in Hobart Tasmania and at Documenta 14’s opening weekend in Kassel. He created performance installations for Volksbuhne, Tanznacht, NBK Gallery (assisting Peaches) and returned to The Deutsche Oper with his comment on Wozzeck in 2018.

Leo Luchini
... is a producer, performer and songwriter based between Berlin and London. His last EP Tears Behind My Shades is a collection of songs about male emotional vulnerability. It elaborates on his creepy style of rap from his first EP (Bubblegum Creep) and expands to other pop and club styles. Since his recent move back home to Berlin, Luchini has been working on reggaeton collaborations with various Latin artists and training in acting.

R&D
... is a duo formed in 2018 by Emilia Kurylowicz and Maru Mushtrieva. Their style is best defined by lyrics that should be taken with a grain of salt, eclectic sounds, and conceptual props. Surfing the blurry border between pop and art performance, R&D has fun in mixing together field recordings, sleazy beats, and explicit lyrics and looks into stereotypes and patterns that are found in their immediate environment, both real and virtual. R&D’s first upcoming EP SFMS BIBA, standing for Semi-Famous Mexican Socialite (based in Buenos Aires), tells the story of emotional rollercoaster of the mysterious socialite and her entourage. The EP will be released on a Parisian label Johnkôôl Records.