Kairo Is Koming (KIK) is the collective of the six artists behind the rise of the underground electronic music scene in Cairo of the past four years. When not orbiting along the frontiers of electronic music production, KIK runs Cairo’s first alternative music venue VENT, the first professional music production academy at EPIC 101 studios and alternative music label Kultkairo.

At ACUD the KIK crew will present their work on 22nd of January: Opening the night are three panels focussing on different aspects of the Egyptian club culture. Following the talks is a club night featuring live sets by all six artists: Bosaina, Hussein Sherbini, Zuli, Naa, $$$Tag$$$ and Ismael. Since we wanted to know, how clubbing in Cairo feels like, we asked them five questions about the citie’s nightlife. Homepage

In Berlin the weekend usually starts on Thursday. Is it the same in Cairo?

The actual weekend in Cairo is Friday and Saturday. So yes, Thursday is the biggest night of the week.

What’s the most fav drug?

What do people look for when they go out? Good music? Excess?

People look for familiar music that they know and like. They don’t like to take risks and aren’t very open to anything new. Ultimately, wherever the “it” crowd of that scene is going, everyone else will follow them.

Any tipps where to spend the afterhour?

We used to host afterhours every Thursday and Friday when we were still with Arabesque because that place is licensed to go on till 9H! I think they actually still might be doing it. Otherwise, afterparties are always usually at some rich person’s big house, and there’s always at least one who is willing to host.

You’re traveling a lot. To which city could Cairo’s nightlife be compared?

ZULI: Burkina Faso? I dunno, nowhere I’ve ever personally been before…
Ismael: I think that’s pretty spot on.

Exhibitions & Galerie & Pic by Pic
It's Not Your Fault

Pic by Pic
No Shade Allstars and Rui Ho 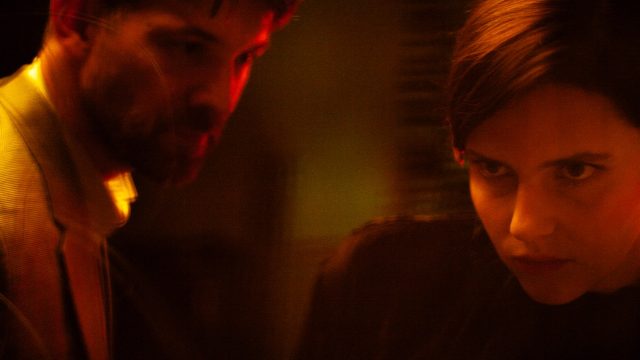