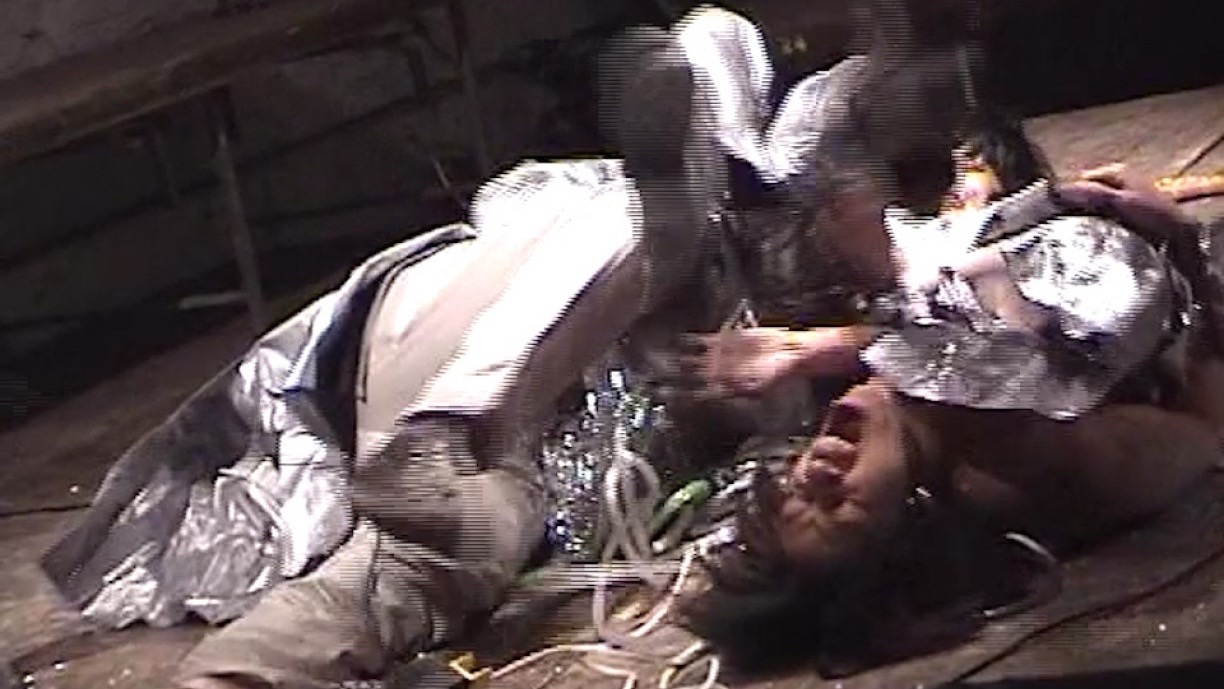 For their second backyard event Sounding Images will screen C. Spencer Yeh’s video work 2002 (2015) with an introduction by the artist.

2002
… is a “concert film” that collects together footage of approximately forty bands videotaped by artist C. Spencer Yeh during the year 2002 across the continental USA, including Deerhoof, Animal Collective, Sightings, Sudden Infant, Cock ESP, Double Leopards, Caroliner Rainbow, Comets on Fire, and more. Acting as a survey, tribute, and foreshadowing of the contemporary American musical underground, 2002 captures not only the artists, but the audiences, spaces, and networks that remain incredibly formative and influential over a decade later.

A handful of the segments were originally posted to Yeh’s personal website, before the coming of YouTube and other media-sharing outlets. The average duration of the edits were kept short due to the storage and bandwidth considerations of that time – a strategy carried over in revisiting the footage years later. In a style similar to Yeh’s Hair Police: 01-02, the accustomed musical documentary talking heads, voiceover meditations, and evocative b-roll were eschewed in favor of a more observational “vérité” approach. A loose narrative was already found in the sequencing of these short glimpses during the span of a year – audience members one moment are then found to be the artists on stage in the next. Some venues iconic in their moment are now long gone, while others were revived in recent times, activating a new history.

C. SPENCER YEH
… is recognized for his interdisciplinary activities and collaborations as an artist and composer, as well as his music project Burning Star Core. Recent presentations of work include “Modern Mondays” at MoMA, “The Companion” at the Liverpool Biennial, “Synth Nights” at The Kitchen, “The Daily Show” at Bureau NYC, “Great Tricks From Your Future” at D-CAF in Cairo Egypt, “In Tones From Light to Dark” at Performa 13, “Excursus IV” at the ICA Philadelphia, Borderline Festival in Athens Greece, Kinomuzeum at Museum of Modern Art in Warsaw Poland, LAMPO at the Renaissance Society Chicago IL, All Ears in Oslo Norway, Kunsthall Stavanger in Norway, the Pérez Art Museum in Miami FL, the Contemporary Arts Museum Houston TX, and a Jerome Foundation Commission from Roulette Intermedium. Yeh also collaborated with Triple Canopy for their contribution to the Whitney Biennial in 2014.

Recent recordings include “Solo Voice I-X” published by Primary Information, “Wake Up Awesome,” a collaboration with Okkyung Lee and Lasse Marhaug published by Software Recording Co., and “Transitions” published by DeStijl under the CS Yeh moniker. A new recording by New Monuments, his trio with Ben Hall and Don Dietrich is forthcoming on Bocian.

Yeh also volunteers as a programmer and trailer editor for Spectacle Theater, a microcinema in Brooklyn NY. His video works are distributed by Electronic Arts Intermix. He is also a contributing editor to BOMB magazine, as well as contributing to publications such as The Third Rail and Personal Best. // Homepage

BACKYARD SUMMER
Every Wednesday throughout the summer, we invite you to our backyard to cool down with music, food, drinks and friends. Summer sounds from DJ's and performances in the courtyard, plus live sets in the club, a special summer drinks menu and soul food from Glory Box Spicy Soulfood.

Spend the early evening hours and welcome the best part of the week with us!