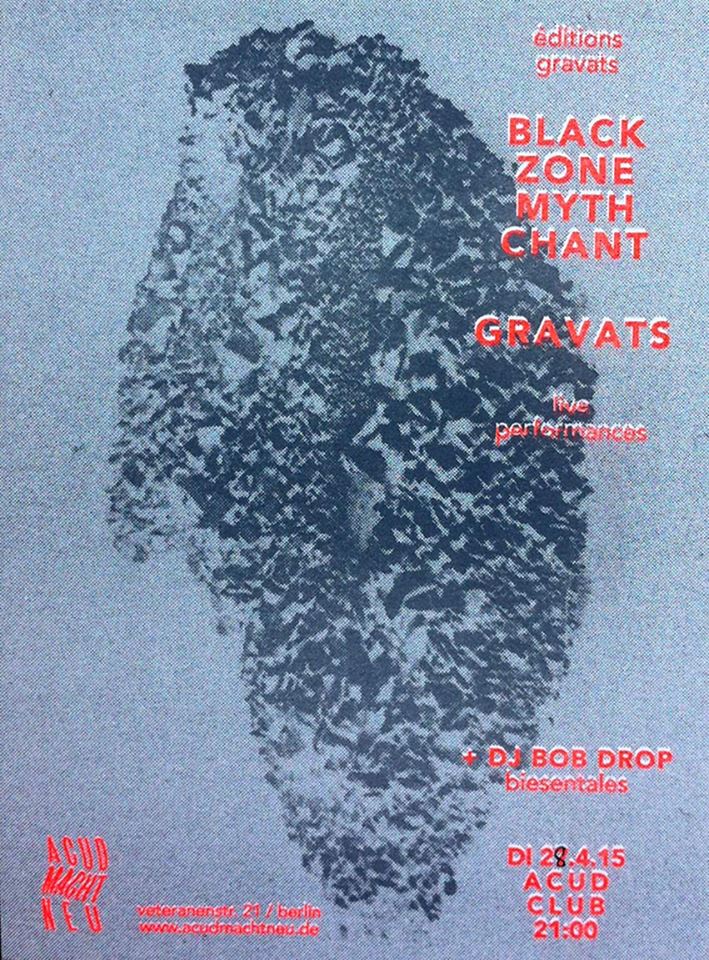 Black Zone Myth Chant is an alias of High Wolf, the French guitarist and producer of kosmic, psych, new age and drone (released on NOT NOT FUN, Shelter Press and his own Winged Sun imprint).
As Black Zone MC, he does ultra-slow experimental sort-of hip hop, calling up Ras G, DJ Screw and Dean Blunt with twisted spoken word and grinding loops, channeling a dark mysticism that comes across as kind of crazed and scary in an altogether wonderful way.

The new record, which the label refers to as an "exceptional slab of squashed, Afro-centric psychedelia," comes via Trilogy Tapes affiliate Low Jack and Jean Carval's fledgling Editions Gravats. The music consists of polyrhythms, drones and slowed-down vocals and is said to follow in the footsteps of Sun Ra, DJ Screw, and Vox Populi!

This tour is gonna be the first Black Zone live experience ever.