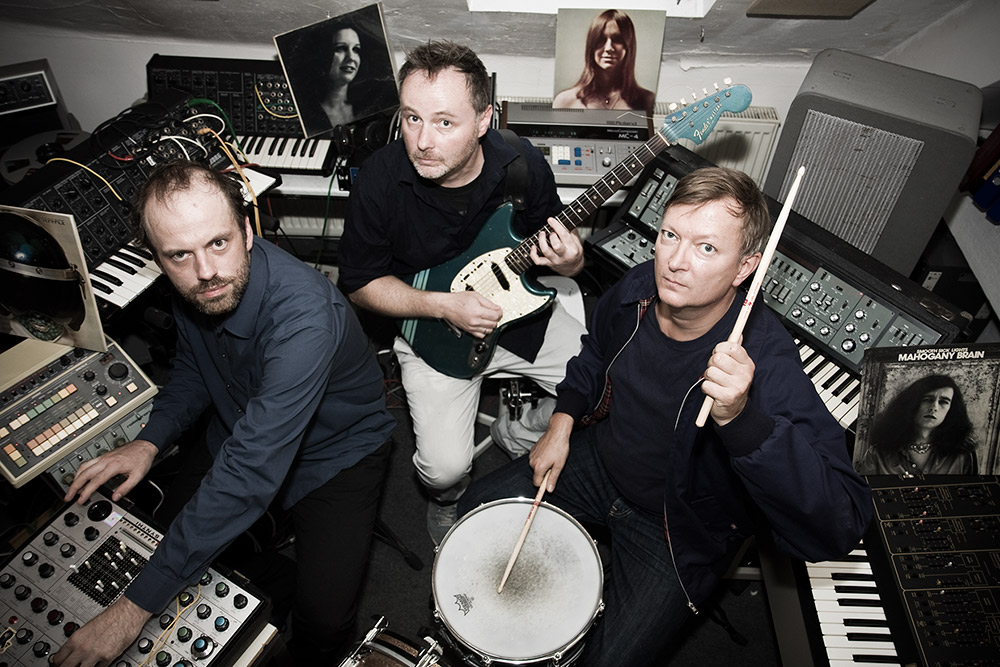 with support from Harmonia Mundi

Tim Gane was guitarist and Joe Dilworth the original drummer in the groop Stereolab. Together with Holger Zapf, they formed Cavern of Anti-Matter to record a dystopian future music LP for the Berlin based Grautag label. The LP “blood-drums” was released in a double vinyl format on Grautag in June 2013. Since then they have released two EPs and a single, with a new album to be released in the spring of 2015. The band is essentially a power trio, but without any discernible dynamics and the music is mainly electronic and heavily treated. Some idea of the sound may be gleaned from the bands influences which include David Bowie’s “Chant Of The Ever Circling Skeletal Family”, Mahogany Brain’s “Bloody Hide And Seek In The Rain” and “Hot Milk Elbow” and the front cover to Heldon 6.