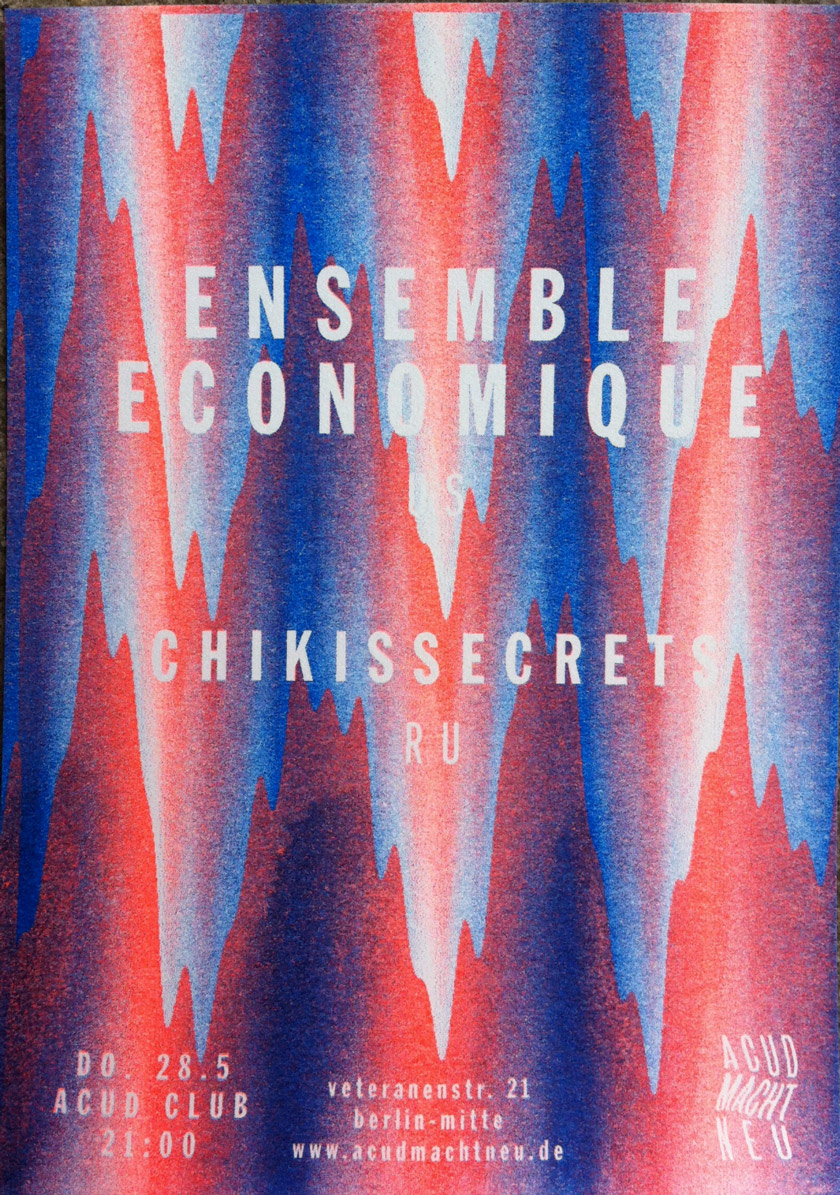 ENSEMBLE ECONOMIQUE
Sometimes a title says it all. Brian Pyle (this is a one-man “Ensemble” from Humboldt County, California) operates in an interzone where ambient, post-classical, shoegaze, post-rock intersect and refract one another’s sounds. And his particular way of managing this collision of sound is to take it into a fever dream, where songs appear to be taking shape but logic, gravity and structure will suddenly melt away to leave you stranded in a freaked-out state. It’s hellishly tactile, by turns free floating and crushingly claustrophobic, rubbing on your skin like velvet and iron filings, seducing you into sickly clinches. It’s sick, but very definitely not in the way your average dancefloor banger is.

CHIKISSECRETS
Galina Ozeran aka Chikiss,
A singer, song-writer and composer from Saint-Petersburg, Russia. From 2015 based in Berlin.
One of the most productive and versatile artists on nowadays Russian electronic scene, alone and in collaborations,
she has recorded an impressive amount of simply amazing music. Played in a plenty of bands and acted on numerous festivals and in clubs all over the world.
Surviving the various metamorphoses, she's confidently moving in the vanguard direction of a new Russian electro-indie scene.
Many domestic recordings should be considered here, plus mixtapes and music for some russian movies.
Also she curated russian-ukrainian female electronic compilation “She Knows More Than She Thinks” on the cult californian label NOT NOT FUN.