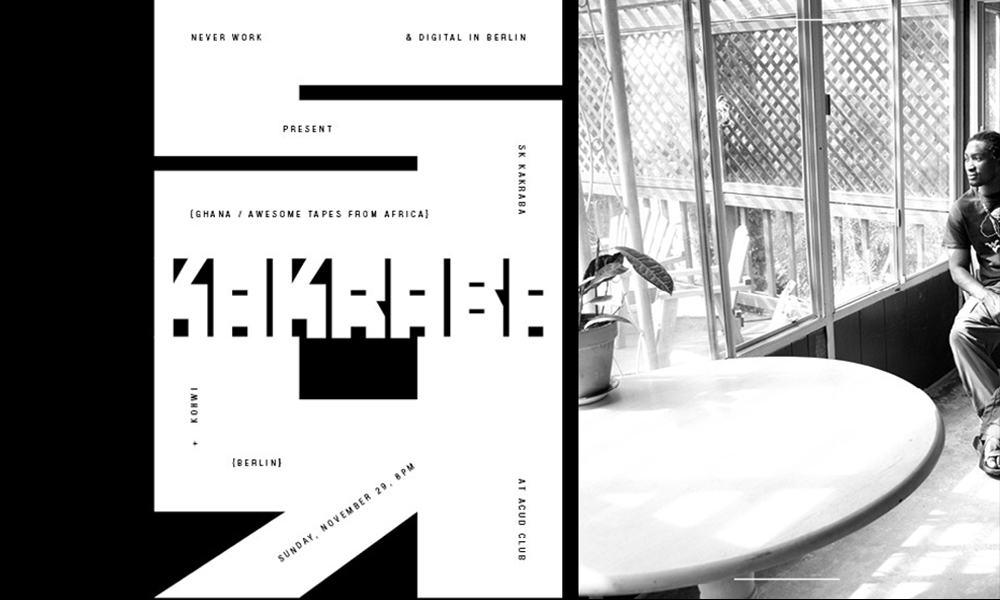 Norman Palm’s series NEVER WORK at ACUD Club is back from summer hybernation and brings a very exciting combination of free-form music. SK Kakraba, described as «The world’s greatest Xylophone player» by the LA Weekly meets Kohwi’s world of self-made modular synthesizers. Two artists from very different background will share the stage and a very common interest in free-floating sounds.

SK KAKRABA is a xylophonist from Ghana based in Los Angeles. SK is a master of the gyil, which means he is both an instrument maker and a virtuoso performer. The gyil is the Ghanaian Xylophone, and the primary instrument played in Northern Ghana. It is constructed of 14 wooden slats suspended over calabash gourds that have been fitted with resonators. SK is the nephew of master xylophonist Kakraba Lobi. He has released records via Awesome Tapes of Africa, a hub for tape music from West Africa.

KOHWI is an experimental producer based in Berlin. A priori to his work are an exact understanding of the material he uses and a passion for self-built instruments. With his modular synthesizer and vintage effects that he combines to complex circuits he creates an unique sound that is vivid and full of sentiments. Music not only for nerds.