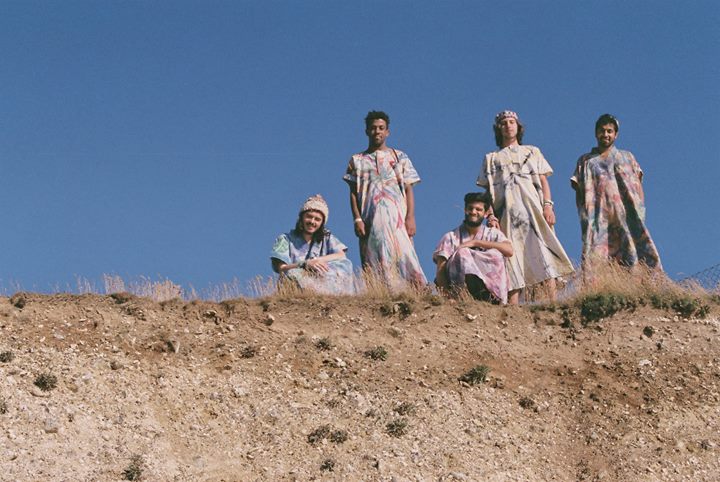 Flamingods is a five piece multi-instrumental band founded in 2009 by Kamal Rasool. Based in London and Bahrain, the band focuses heavily on exploration and experimentation. Described as ethnic pop with elements of noise, psychedelia, tribal and freak folk, the band seeks to create both vivid and vague scenes inspired by foreign cultures from different ages and take influence from wherever they can find it. Their first gig – 8 hours long, aided by strangers playing saucepans and in a chalet at Animal Collective’s ATP – pointed toward a disregard for contemporary structures, methods and plain editing. The time ever since then has seen them develop an astounding collection of native instruments from their distant travels.