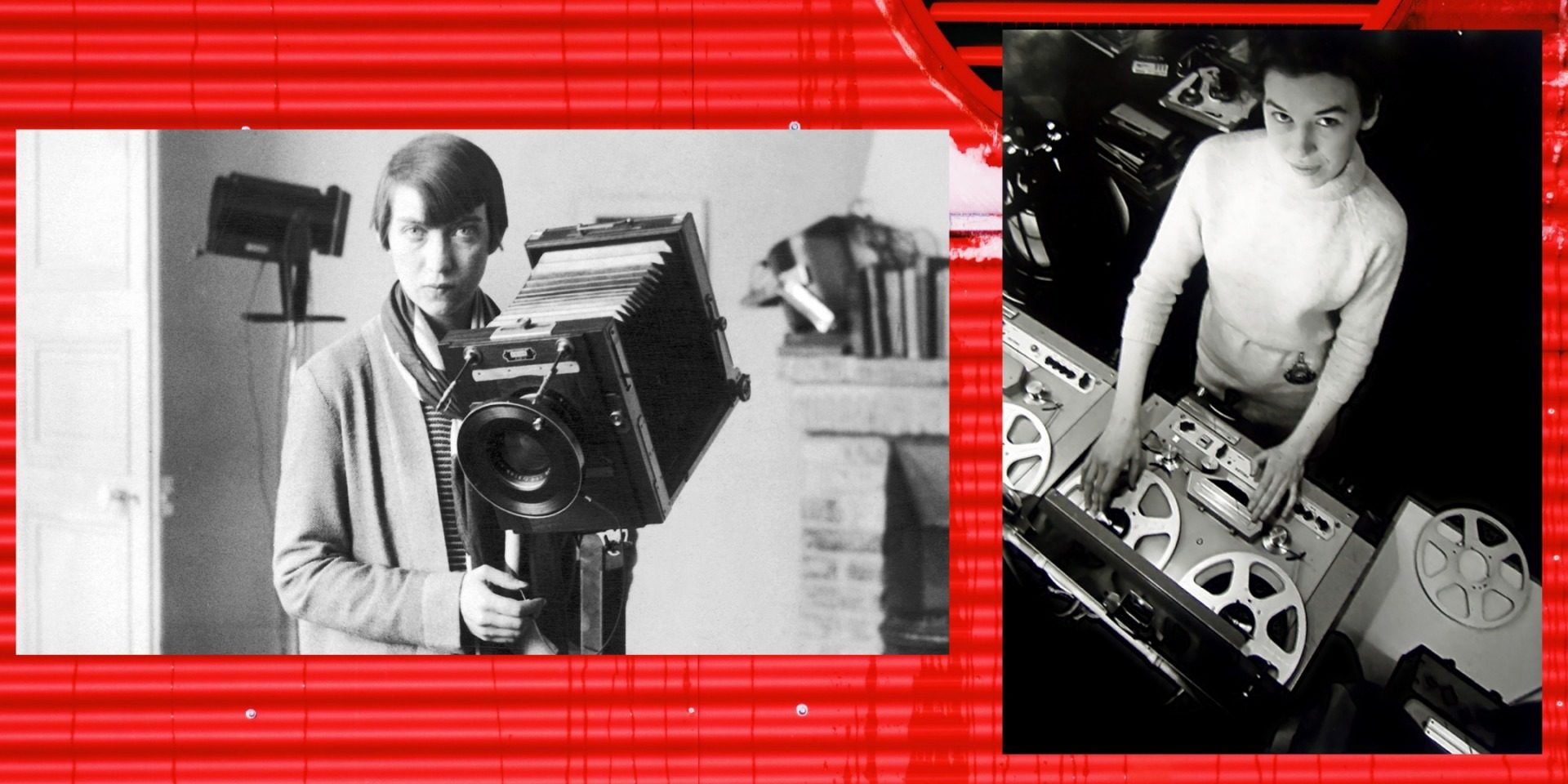 The DEAD LADIES SHOW is a series of entertaining and inspiring presentations on women who achieved amazing things against all odds. Each show hosts passionate cheerleaders of too-oft forgotten women, inviting its loyal audience into a sexy séance (of sorts) celebrating these impressive icons, turbulent lives, and deathless legacies.
This time we don't have any funding so there are only two talks, both in English, by your beloved co-hosts Florian Duijsens and Katy Derbyshire. Learn all about two impressive pioneers in their fields, women who pushed boundaries and gave us great work. The aim of the show is to raise money for more podcasts, so we've adjusted the non-reduced price to €10, but reduced tickets still cost €4. Doors open 7.30 pm – come on time to get a good seat!

We have limited space, so please book in advance via the Eventbrite link.

BERENICE ABBOTT learned photography from scratch with Man Ray in 1920s Paris, where she did portraits of all the cool kids, alongside sculpture and poetry. Back in New York she switched to documentary photography, capturing the changing city with a sociologist's eye. That work has been called "the greatest collection of photographs of New York City ever made." She lived with her partner, the art critic Elizabeth McCausland, for 30 years, invented various pieces of photographic equipment, and later moved into scientific photography, with her studies of light and motion contributing to the understanding of physical laws and properties of solids and liquids.

DELIA DERBYSHIRE (no relation) pioneered electronic music in the UK's BBC Radiophonic Workshop – if you've ever watched Doctor Who, you'll remember her stunning theme music. A working-class girl from Coventry, she studied music and mathematics. At the BBC, she worked on music for some 200 programmes but remained anonymous due to the corporation's bureaucratic structures. She set up studios making electronic music for soundtracks, festivals and theatre productions, until she largely gave up music in 1975. She left a large archive of sound material and papers, and has been hailed as "the unsung heroine of British electronic music" and a sculptress of sound.