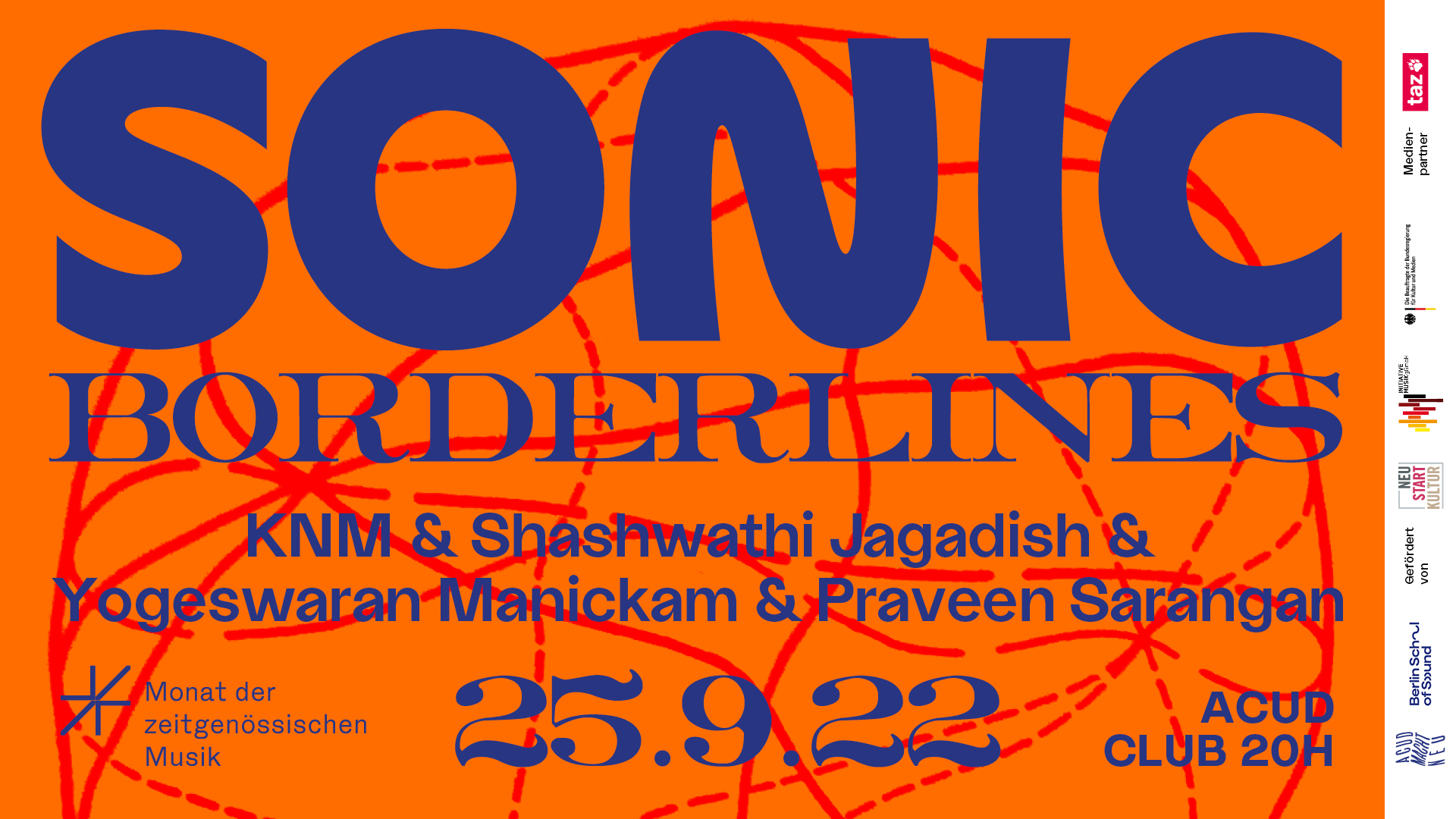 Ensamble KNM Berlin - The Ensemble KNM Berlin is part of the lively contemporary music scene in Berlin. Founded in 1988 by Juliane Klein, Thomas Bruns, and other students at Berlin’s Hanns Eisler school of music, the ensemble today consists of 10 musicians from Germany, Great Britain, and Switzerland. The ensemble presents compositions, concert installations, and concert projects created in close cooperation with composers, authors, conductors, artists, and stage directors from around the world. The programs reflect a curiosity to explore the unknown and a willingness to confront the most pressing themes of our times. Since its founding, the ensemble has performed in more than a thousand concerts.

Shashwathi Jagadish (singer) - Shashwathi was born and brought up in Chennai, India. Besides having studied Carnatic music from several gurus, she also holds a Masters degree in music at the university of Madras. Besides this she studied music at the Trinity college of London. In Chennai she was a music teacher at the renowned Kalakshetra foundation for three years. She moved to the Netherlands in 2018 where she teaches Carnatic music and performs with various artists.

Yogeswaran Manickam is a classical musician trained in carnatic music which originates from South India. When he performs on the world stage, his ensemble of talented traditional artists and world-renowned orchestras accompany him.
During childhood he was trained in classical music under his teachers “Sangita Bhushanam” Sri P Muthukumarasamy and “Sangita Bhushanam” Sri S Balasingam. His Guru is the world-renowned musician and singer “Padma Bhushan” “Sangita Kalanidhi” Prof Sri T V Gopalkrishnan. Since then, his work as a live performer extends into different branches of music, film and contemporary music. One of his bigger accomplishments is creating a movie soundtrack ,,Migration" for Eyes Wide Shut in 1999 directed by Stanley Kubrick.

Praveen Sarangan comes from a family of musicians. His father is a mridangam player and his grandfather named V.V. Vairamuthu was a famous playwright and multi-instrumentalist from Sri Lanka. He learned the Carnatic violin from M.S. Umakanthan and Vijayakala Kirubhakaran.

The concert takes place within the framework of the Month of Contemporary Music.