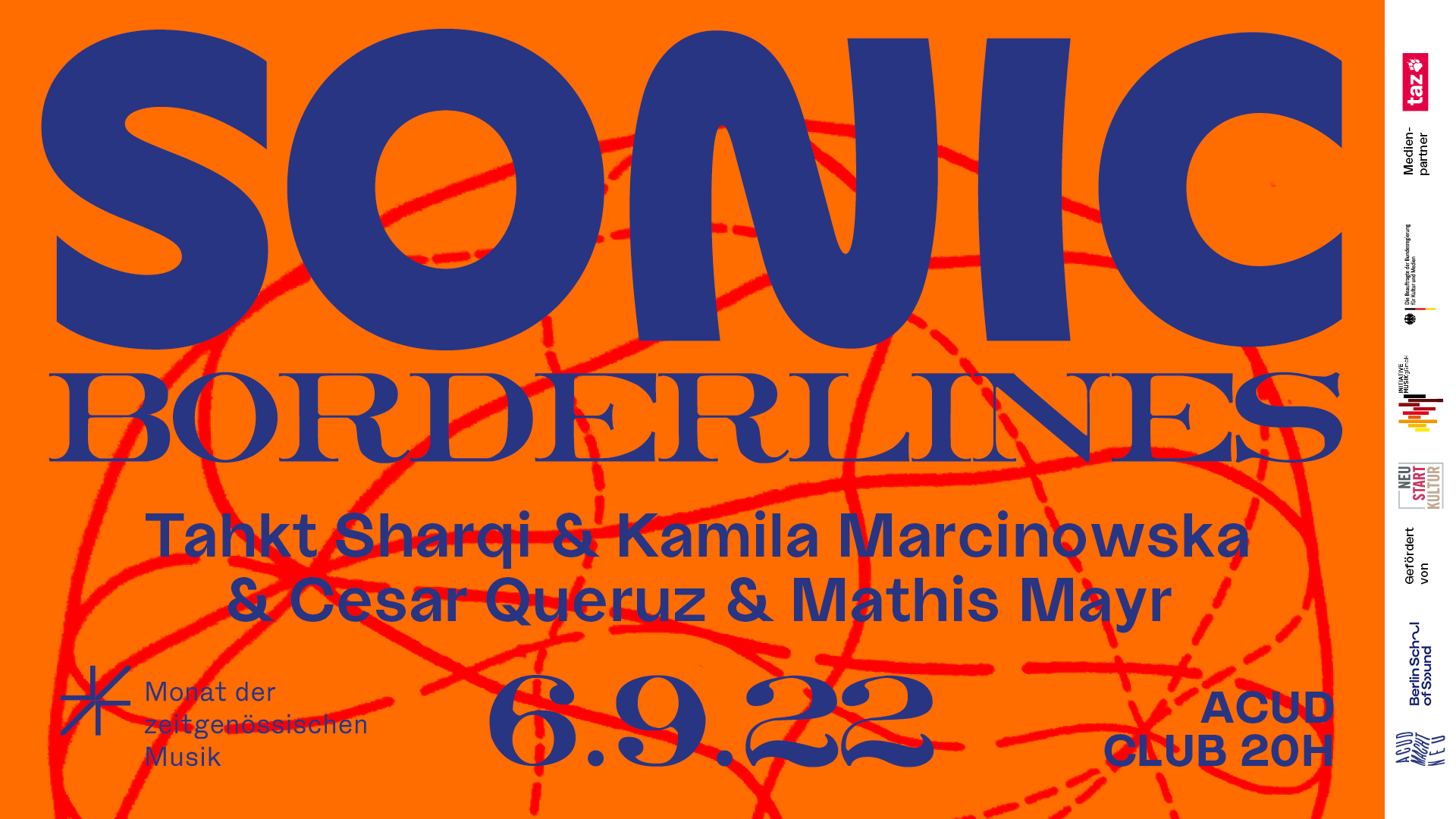 Tahkt Sharqi:
Ghaith Al Shaar (Oud) - has been playing the oud since he was ten years old. At the Damascus Conservatory, he studied horn as a major and piano as a second subject. In 2019, he completed a master's degree in musicology at Humboldt University in Berlin. Since 2014, he has been teaching oud in Berlin regularly in Kalamon Institute for Arabic Language. He is engaged in Arabic and Turkish classical music. Currently he is focusing on music from Aleppo in his projects.

Elias Aboud (Riq) - Syrian born percussionist soloist and composer Elias Aboud is also a member of various ensembles such as the Berlin based Boulez Ensemble, the Asambura for contemporary music and the Syriab Ensemble for inter-cultural music. He too is the founder of the Ramal Ensemble for Arabic contemporary music.
Based on his research to explore the orientalists` influence on the western musicians toward Arabic music he is curating two series of concerts with pianist Michaela Catranis and the Ramal Ensemble in Berlin. Together with the Ramal Ensemble Elias created an additional project focusing on collaborating with an array of musicians. In 2021 Elias is recording his first CD “!Intimate distance!” reflecting the importance of the Arab and western percussion instruments in the context with an ensemble of other instruments all being equally important to the performance. This project is funded by the Arab Fund for Arts and Culture (AFAC). In 2022 Music Board has commissioned Elias to write an Ep called "U's - from Damaskus to Berlin" for Vibraphone plus other instruments and electronics based on his previous composition "U8" reflecting the life around Berlin Ubahn line 8.

Cesar Queruz Acero (Barock Gitarre, Theorbo) - After studying at the ISA with Esteban Campuzano in Cuba and at the Javeriana University with Carlos Posada in Colombia, César Queruz graduated in 2007 with a master's degree in classical guitar at the Hochschule für Musik und Theater in Munich. Between 2001 and 2004 he succeeded in various competitions. He won the Soloist Competition of the Luis Angel Arango Library in Bogota, the Soloist Competition of the Javeriana Orchestra and managed to win the "Young Javerian Musicians Competition" three times in a row. In 2009 he began to play the theorbo and the baroque guitar. For this he took lessons with Jakob Lindberg and David Miller in London, and Matthew Jones in Berlin. In 2018, César completed postgraduate studies in general bass with Björn Collel at the UdK in Berlin. César regularly performs at festivals such as the London Handel Festival, les Azuriales in Cap-Ferrat (France) and Potsdam, the Herrenhäuser Festival in Hannover, the Spitafields Festival in London, Káposvar in Hungary, Tongyung in South Korea, the Sydney Festival in Australia, and the National Museum in Bogota. He has also performed in concerts in Estonia, Poland, Spain and Canada. Currently César lives in Berlin and performs with the London Early Opera.

Mathis Mayr (Vielle, Viola D'Arco) - has been a member of ensemble mosaik since 2008. His repertory encompasses Renaissance and folk music, contemporary composition, jazz, and flamenco, and his musical interests range from experimental electronic music, historically informed performance, and microtonal music to the traditional songs of the Alps and Mediterranean. His lively account of Feldman's Patterns in a Chromatic Field (Wergo 2019, with Antonis Anissegos) was hailed as "remarkable and deeply moving" by Strad Magazine.

The concert takes place within the framework of the Month of Contemporary Music.