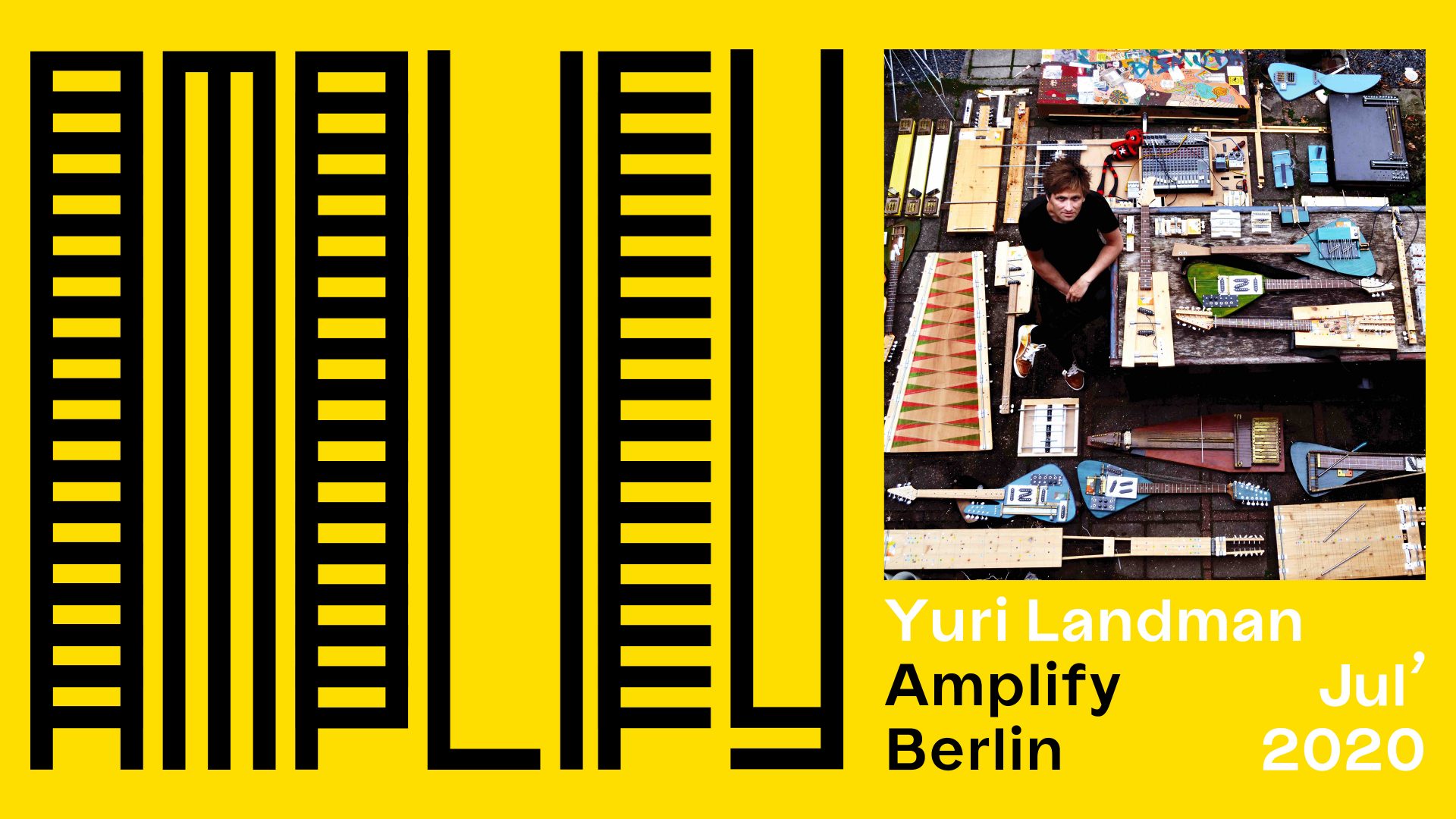 The twentieth edition of the creative development program with mentor Yuri Landman and mentees Obi Blanche and Brad Nath.

Yuri Landman is a musician and an inventor of musical instruments. Based on prepared guitar techniques, he built his first instrument in 2001 to solve the inaccuracy of instant preparations. He has built experimental instruments for acts such as Sonic Youth, Half Japanese, Lou Barlow, Liars, HEALTH, Liam Finn, Kaki King, Melt-Banana, Micachu & The Shapes, The Go! Team, These Are Powers, Women, Rhys Chatham, Tomoko Sauvage and others..

Brad Nath
... is developing listening techniques that amplify the ways humans are terraforming Earth. His sound structures, live performances, music compositions and material research expose the sonic environments below the surface of the world we have built for ourselves. He began his research while studying to become an architect at Cornell University in New York by casting microphones within concrete, plastic and soil. He is currently enrolled in the Solo/Dance/Authorship MA at HZT in Berlin, where his works test new forms of empathy between humans and their environments.

Obi Blanche
... is a Finnish experimental guitarist, producer, and photographer. He has chosen guitar as his main sound source because of its physicality, energy and direct connection to the human body. He’s interested in creating new sounds by modifying the instrument and altering the signal chain starting from the guitar itself. Always collaborating with people, he cherishes sharing moments of magic by combining characters with versatile talent.
https://soundcloud.com/obiblanche
https://www.instagram.com/obiblanche/