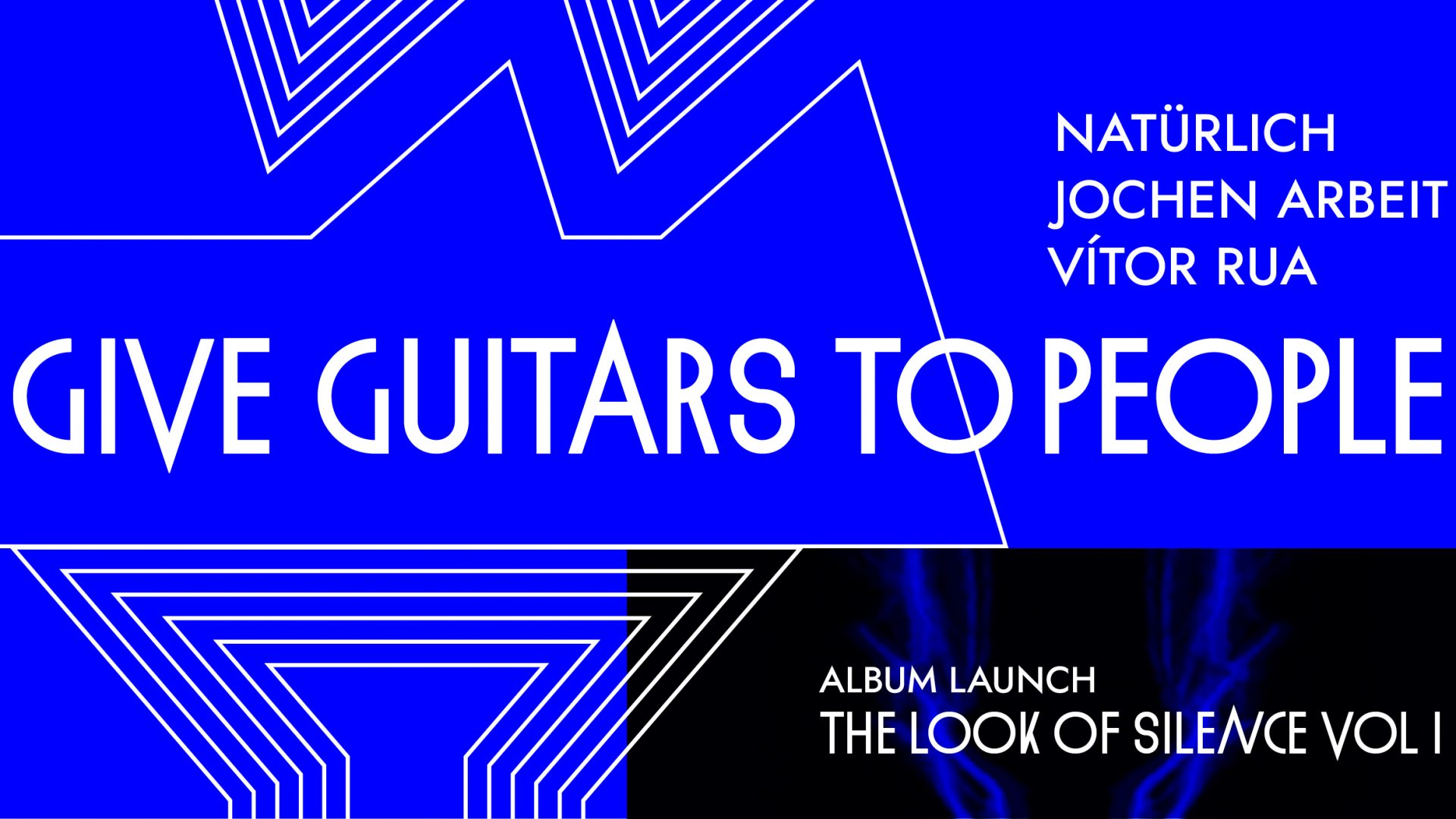 Staging the guitar as a majestic, multi-frequency instrument with a penetrating aesthetic, GGTP create transversal sound masses beyond the dichotomy of the "I" and the "other". Acting as sculptors of the same object in the deconstruction of norms, the fusion is a cross of languages, genres and genders in all inclusive universe reflecting upon the importance of listening. It will evaporate the wax off your ears.

Jochen Arbeit [Einstürzende Neubauten/Automat/ASS]
was part of the art and music movement Geniale Dilettanten, which has its roots in punk rock and Dadaism in Berlin. He was an influential member of the band Die Haut (The Skin) and is a member of Einstürzende Neubauten. He founded the band AUTOMAT with Zeitblom and Achim Färber and in parallel, he collaborates with Günther Schicker & Schneider TM/Dirk Dresselhaus on the ASS project. As an improviser, he records with several international musicians.

Vítor Rua [Telectu] is an ethnomusicologist. An original guitarist and composer, he began his career with a series of interventions that changed the face of Portuguese pop/rock. With Jorge Lima Barreto, formed the duo Telectu, a pioneer in minimal repetitive improvisation in Portugal. In the course of his work as an improviser, he has played with leading figures in the world of world improvisation and his music is often played by international performers. He makes music for dance, theatre, cinema, video and poetry performance. He also composes for choir and orchestra.

NATürlich [initiator of GGTP] is a sound act founded by Patrícia Bateira in 2007 for the creation of atmospheres in her films and videos, installations and performances. Self-taught guitarist, improviser and new music composer, NATürlich is a non-binary artistic entity; a person and a music project dedicated to the decolonisation of subjectivity and the deconstruction of the concept of norm; a response to the silence in the Anthropocene calling upon the importance of the act of listening from where distinct ways of being can thrive together.

His compositions are performed and recorded live using the "Accidental Guitar Method", which was invented by the artist. His sounds and overall aesthetics are raw, roots, powerful, mysterious, gritty, obscure, industrial, epic and tranquilizing. He has published over 500 albums, collaborations and compilation releases. Performs and releases under the names: Drone Messiah, Hildeguard, Hortus Conclusus Live, Light Speed Vortex, MC Plane Of Existence, MoreBlackThenGod, PNYX, Sean Derrick Cooper Marquardt & The S&M Accidental Orchestra, The Return Of The Think Thing and Tradishion.

D Zazie
is an experimental DJ, avant-turntablist and sound artist.
Coming from a DJ and a radiophonic background JD Zazie has explored over the years different approaches of real-time manipulation on fixed recorded sound. In her work she redefines DJ and electroacoustic activities. As a solo performer, in small groups or large ensembles she moves in an area which is constantly stretching the borders of what is supposed to be DJ mixing, free improvisation and composed music.
Juxtaposition, decontextualization, fragmentation, repetition, sonic texture, scratch and error are elements of the grammar adopted to relate, organize and rearrange the sound material.
She is art director of “MuseRuole - women in experimental music” festival", is a member of the Burp Enterprise collective and broadcasts monthly on Co Lab Radio and on Reboot.fm.