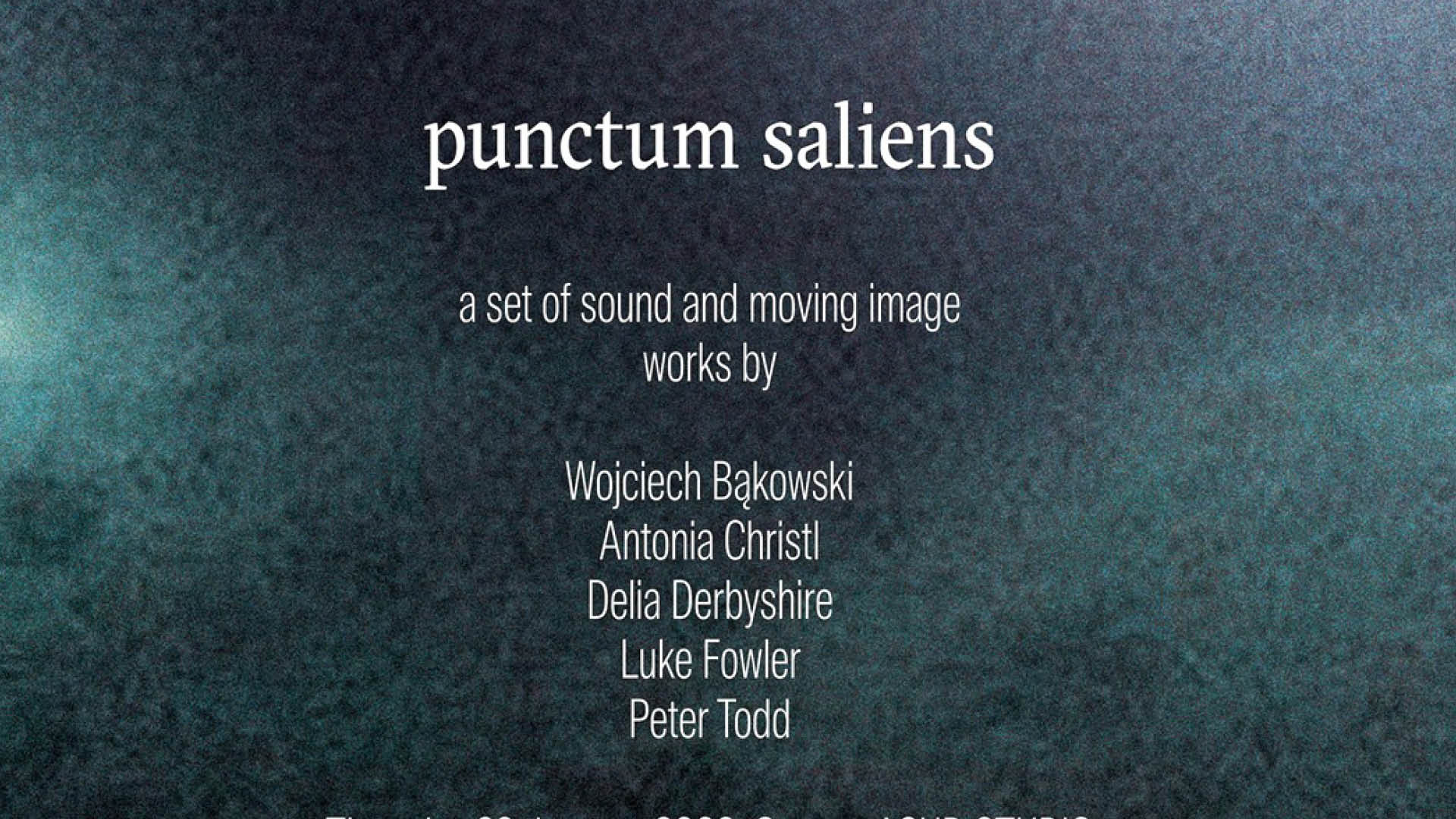 A set of sound and moving image works by curated by anorak with works by Wojciech Bąkowski, Antonia Christl, Delia Derbyshire, Luke Fowler and Peter Todd.

Punctum saliens (Engl. the salient point) describes the first trace of a heart that appears as a pulsating point in an embryo – the first visible sign of life. In Antonia Christl’s title piece, a camera lens catches light spots in a deserted, glistening city at night. It’s cold and dark, and rather than the presence, it is the absence of human characters that directs the gaze back to the anonymous observer’s point of view. Bearing testimony of a radical responsiveness towards one's surroundings Punctum saliens is about being open to what perforates the surface of our everyday lives.

In this sense, the works presented here are slices of lives which navigate a fine line between introspection and gazing outward. Delia Derbyshire's The Afterlife from the series Inventions for Radio is an attempt to reconstruct in sound the spiritualistic vision of death and eternity. Peter Todd’s silent film Together is a rhythmic montage of still lives that bear traces of community, among its agents: a half-empty glass of water, daisies, the sun, landscape and shadow. In Dry Standpipe, Wojciech Bąkowski uses video animation to build containers which compress bleakly personal recordings of thought and emotion, while Luke Fowler’s Bogman Palmjaguar is an elusive portrait of a man who became distrustful of people and withdrew into nature. Following the intimate perspectives of those works in sequence means keeping with the oscillating movement between subjective perspective and subject matter.
Punctum saliens is the first in a series of events and exhibitions as part of anorak’s programme Gravity and Grace, the title of which is taken from mystic, political activist and philosopher Simone Weil. Her idea of ‘decreation’, a radical attempt to get rid of the self by moving through the very inside of it, serves as a critical starting point.

Anorak is a registered non-profit organisation (Kunstverein) and curatorial collective dedicated to new forms of making and exhibiting contemporary art. Since 2016, anorak has been directed by Lukas Ludwig, Johanna Markert and Florian Model.
_

Some of the ideas leading to the programme were conceived during the Bahnwärterstipendium funded by Kulturamt Esslingen.