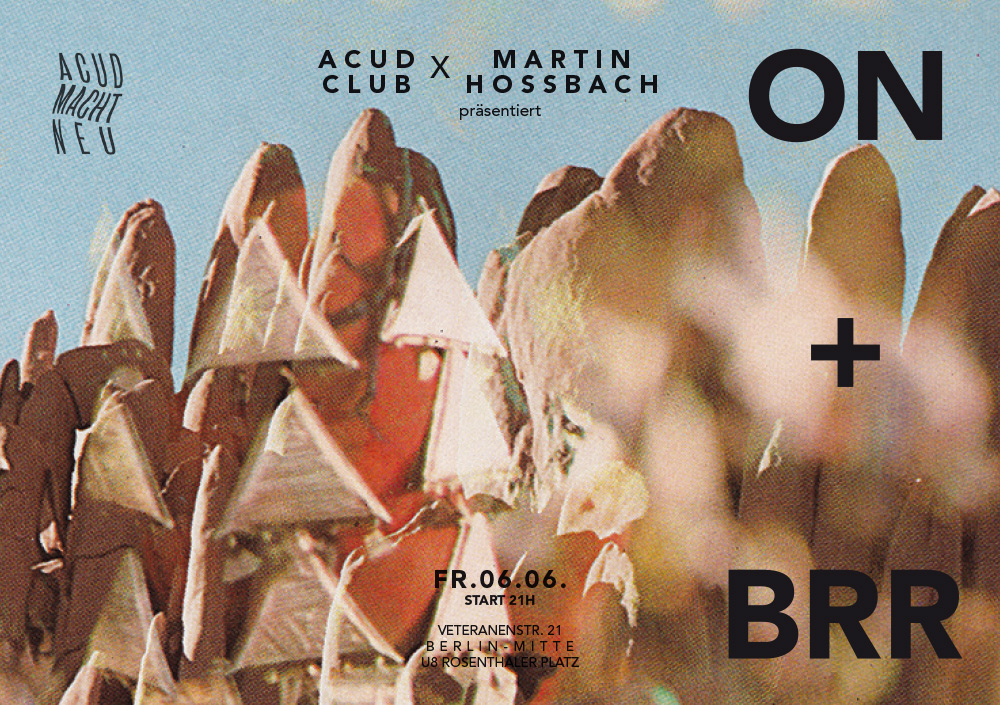 They only played a single song, In de Desert (Very Strange), for two hours because the crowd didn’t want them to leave after half an hour. Martin Hossbach immediately decided to found his eponymous label Martin Hossbach after seeing On+Brr onstage at Westwerk in Hamburg in April 2012. Two years later, the maxi-single (catalogue number 1) is now being released on 9 June 2014 and contains two additional tracks (Groove Is in the Hair and Golden City) by the Hamburg-based Rodion Levin, DJ and singer, and Philipp Meiers, producer: Dada braindance with bizarre baritone vocals. Strange indeed!