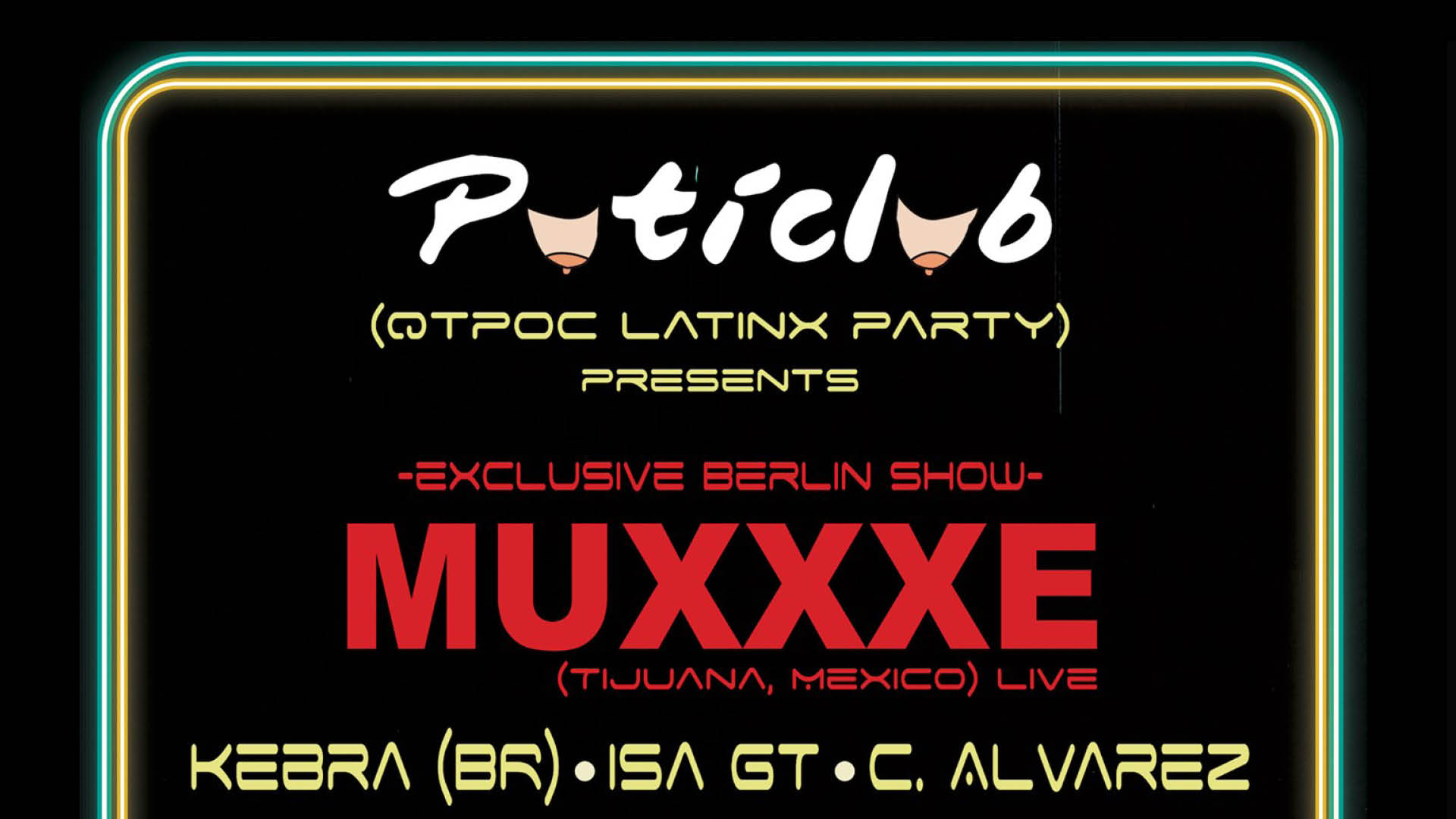 Puticlub is a QTPOC LATINX SAFE space for the community&allies.

MUXXXE (Tijuana, Mexico) Live!!
We are very happy to welcome them on their first and exclusive show in Berlin, part of Tijuana's La Sagrada Familia Collective MUXXXE has been getting a lot of atention for their artist interventions and guerilla shows on the Mexico/U.S Border, this faceless rapper keeps pushing gender boundaries. Expect some banging perreo beats and incendiary lyrics.

"The faceless artist makes thumping reggaeton, and has a reputation for performing live shows in the middle of the traffic jam at the Mexico-US border."
on I.D Vice

Kebra (Brasil)
Maldita GeniThalia embajadora (2015) del placer por vía de la “desculonización social”. As a DJ, under the alias KEBRA, she is developing her own style, looking for accelerated dirty sounds narratives superimpositions that mix a wide range of influences in the diaspora roots with Brazilian Popular Electronic Music, specialized in subgenres of Funk Carioca (aka Baile Funk)

Here you can listen to a seres of mixes curated by Kebra with her Desculonizacion project, which she has been working on for several years now around many countries of Latin America and Europe.

Isa GT
A pioneer in the global bass scene, Colombian producer, singer and DJ Isa GT has released on the legendary Fania Records and Diplo’s Mad Decent. Dubbed "The Colombian equivalent to Nueva York's ESG" by The Fader, original founder of all womxn collective #Girlcore, founder of Etoro Records and known for the Musicalia and Delicia Latina parties, always igniting the dancefloor with her fearless mix of sounds with a tropical twist.

C. Alvarez
(Reggaeton Selector)
Sharing her vast knowledge on Reggaeton, C. Álvarez will be selecting the best perreo intenso for us. She did not just jump on the reggaeton craze, she has been listening and collecting old school and underground perreo for over a decade. 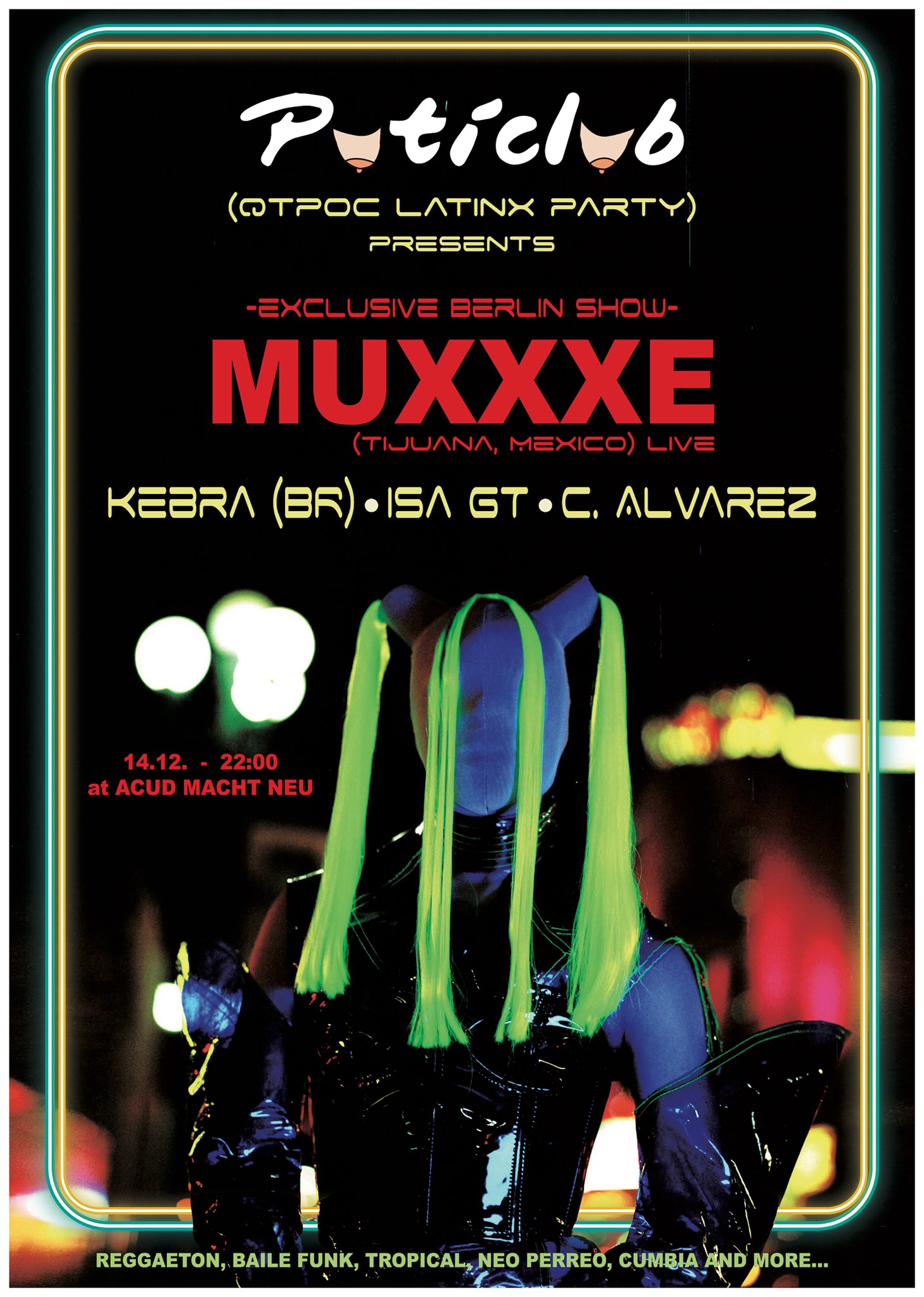