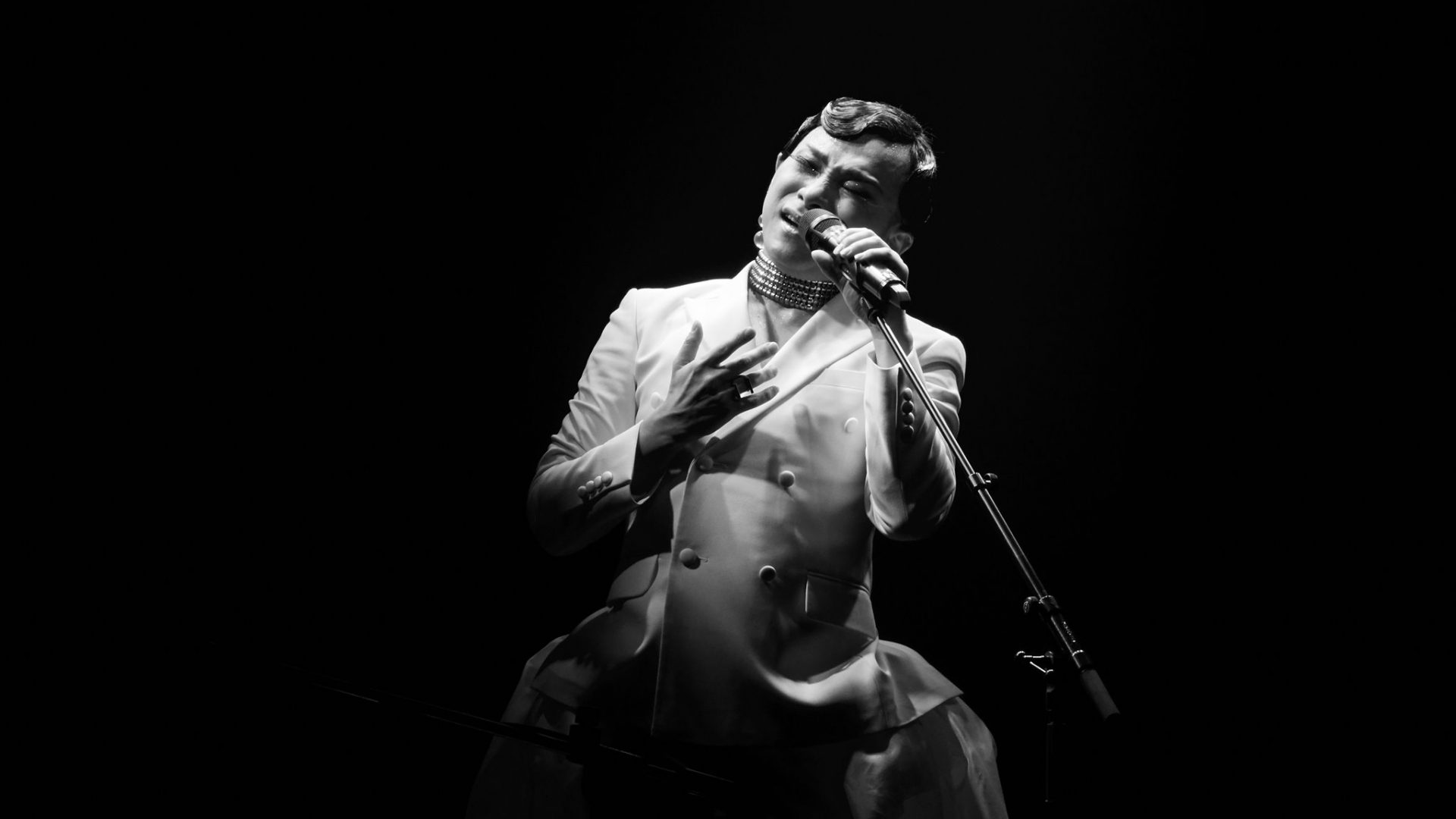 Korean traditional lyrical storyteller sorikkun’ Lee Heemoon comes upon the stage to present the essence of Gyeonggi minyo, Korean traditional folk songs. The project is not for persuading others or to be displayed for others, but for refining, building up, and redefining himself.

By sharply cutting out the peripheral world of his voice, Lee aims to discover the fundamental answer for his performance and himself.

Leeheemoon’s Project NAL excludes melodious instruments consisting only of rhythmic instruments. Beomtae Park, an expert of Korean traditional performance with prominent 20 years of experience in gut, spiritual rituals in Korean shamanism, plays the janggu, a double-headed Korean traditional drum. Woongwon Han, a multi-instrumentalist who has continued his career as a centric drummer in the Korean jazz scene, plays the drum. Yongju Lim, a member of World Music Group Gong Myoung and the organizer of Modular Seoul, produces textures.

This event is made possible by the Government of South Korea.

8€ AK
tickets on the door only / kein VVK, nur abendkasse