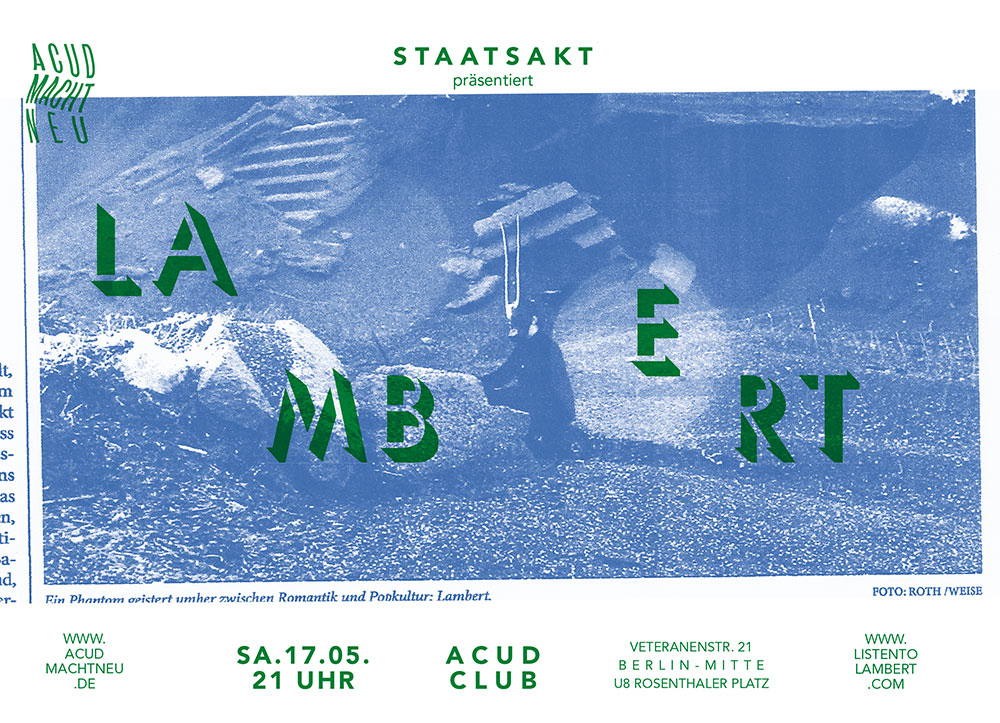 Mysterious pianist Lambert will present his selftitled debut album. Ten years after Carsten “Erobique” Meier’s fabulous “Keil Stouncil A Paris”, Lambert is the first release on staatsakt to be crossing the borders between Jazz, Classic, Pop, and score-music once more. The miniatures of Lambert, composer and interpreter of his own, are witness of what makes music ultimately worthwhile: melodies. His album was mixed and mastered by Nils Frahm – another of the few great composers of now.

You can already listen to the Album here:
https://soundcloud.com/staatsakt/sets/lambert-lambert

+ No worries: the Concert will start after the DFB Cup Finale!