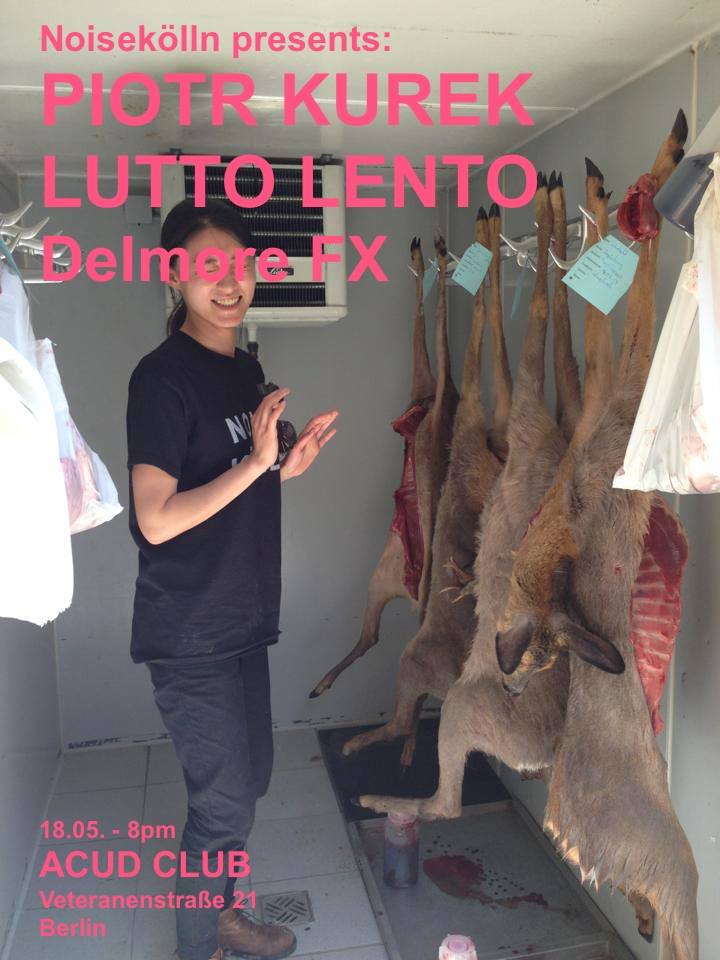 is a Warsaw-based musician, also known under PIETNASTKA and HEROINY monikers. Since 2006 he has collaborated with a long list of contemporary dance and theatre companies, music labels, and artists. He participated in numerous music and theatre festivals, including: Transmediale, Unsound, Elevate, UH Fest, Baltic Festival and many others. Kurek creates fantastic and mysterious songs filled with beautiful, fairy vintage synth melodies and sometimes bizarre vocals. His music is often harmonic, rhytmical and loud. For fans of Loch Ness, crystal skull and other legends.

solo pursuer of clingclangs and other vibrations picked up, twisted around and animated to generate a music that fuses primitivism and futurism in an intriguing panoply of tracks. He has released four online albums, a tape on Digital Death Records, and has a new one in the making. With a penchant for the physical as much as for the ethereal, Delmore Fx’s music sounds much like the mechanical workings of clocks that evoke other times. His other name is Elia Buletti and he runs the Berlin based labelDas Andere Selbst