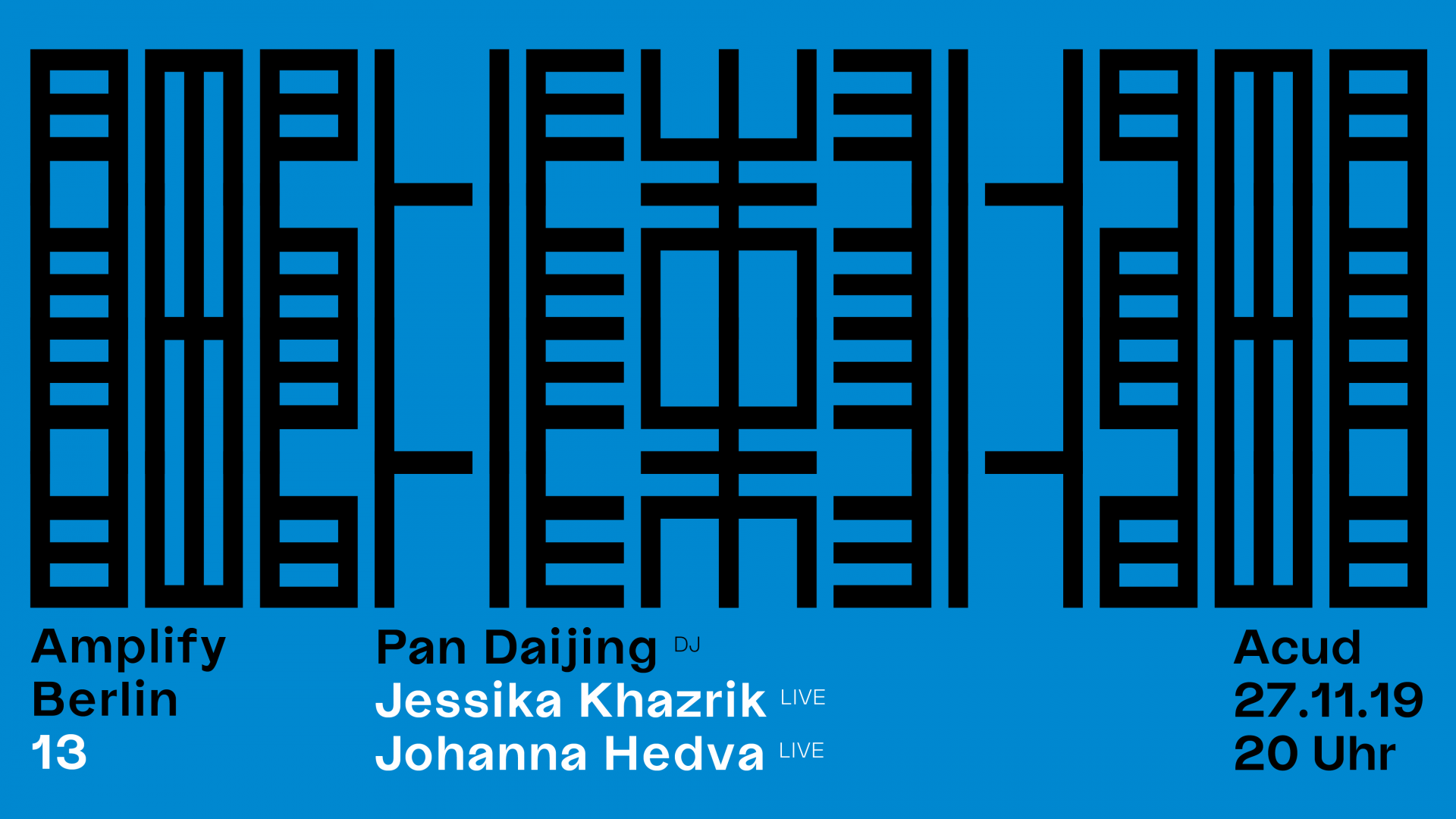 Pan Daijing
... is an artist and musician from Guiyang. Her raw approach as composer and performer takes many forms: sound, choreography, installation, and storytelling. Soul-baring utterances and sonic, aesthetic outbursts are the main tendons of her practice. Her poetic, uncanny work interweaves vehicles of power and vulnerability, and often oscillates along paradoxical conceptual states and spatial interactions. Since the release of her acclaimed album debut ‘Lack’ on Berlin based label PAN in 2017, she has also presented multidisciplinary pieces at Kraftwerk, Barbican, Haus der Kulturen der Welt and Hamburg Elbphilarmonie, amongst others.

Jessika Khazrik (b. Beirut, 1991)
... is an artist, writer, technologist and DJ whose indisciplinary practice ranges from composition to machine learning, performance, visual art, ecotoxicology and history of science. Scavenging sounds from online and on site war detritus, citizen media, militarized ads and technologies, Khazrik’s sonic scape intimately investigates the techno-political premises of the military economies we inhabit or forget. Often born out of vocoded collaborations with recurrent neural networks skewed with hard-edged Arabic rhythm, Khazrik festively uses spaces of congregation, from clubs to museums, her house, quarries and the internet, in search for new locally entrenched universalisms that could collectively respond to the dystopias of our current time.

Johanna Hedva
... is a Korean-American writer, artist, musician, and astrologer, who was raised in Los Angeles by a family of witches, and now lives in LA and Berlin. They are the author of the novel, On Hell (2018, Sator Press), and their EP, The Sun and the Moon, was released this year. Their writing has been published in Triple Canopy, The White Review, and Black Warrior Review, and their work has been shown at The Institute of Contemporary Arts in London, Performance Space New York, and the Museum of Contemporary Art on the Moon.