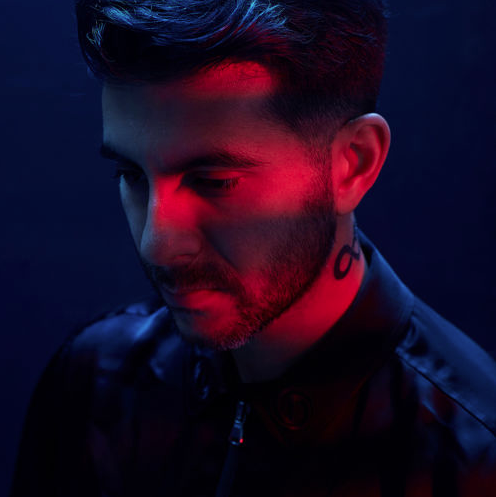 Tickets available at the door only.

NIGHT MUSIK
As a composer, songwriter, producer and multi-instrumentalist, Shub Roy has made contributions to the live line-ups and critically acclaimed albums by Dirty Beaches (Drifters/Love Is The Devil, 2013) and Toronto psychedelic collective Yamantaka // Sonic Titan (Yamantaka // Sonic Titan, 2013), not to mention countless other acts (early Sacred Bones lo-fi project Pink Noise, French glam popper Jef Barbara) in the past decade’s Montreal underground. The last few years of Roy’s life have been spent on extensive tours throughout Canada/U.S., UK/Europe, Asia/Japan, Australia, Israel and Russia as a full-time touring member of the eternally wandering Dirty Beaches. These travels brought him through dark clubs and serpentine tunnels, from the afterhours of Berlin and Tokyo, to the night trains of Russia and the bairros of Lisbon and beyond. The result is the birth of new solo project Night Musik. The name itself suggests a genre or even a manifesto, rather than an artist. The album, “Transit,” was written, recorded and produced during these two years on the road (split up by periods living first in Berlin and more recently, Lisbon), evoking the relationship between time and place; time as place; even time as a state of mind. Insomnia music for restless nights. Reflections caught in dancefloor mirrors. What began as a way to pass time in dark hotel rooms and airports (“non-places”) was guided by the nature of life on the road. The cinematic atmospheres of the resulting LP distill shades of techno, acid, industrial, ambient (while never falling back on the conventions of just one) and even conjure the repetitive, mechanical rhythms and hums of vehicles themselves. Adding to the globalism of this release, the album will be issued in LP and digital formats by Mind Records, a label itself based on a partnership between Paris and Osaka.

Keep up with all other TSF'15 goings on over at: http://www.torstrassenfestival.de/

Presented in association with Shameless/Limitless.