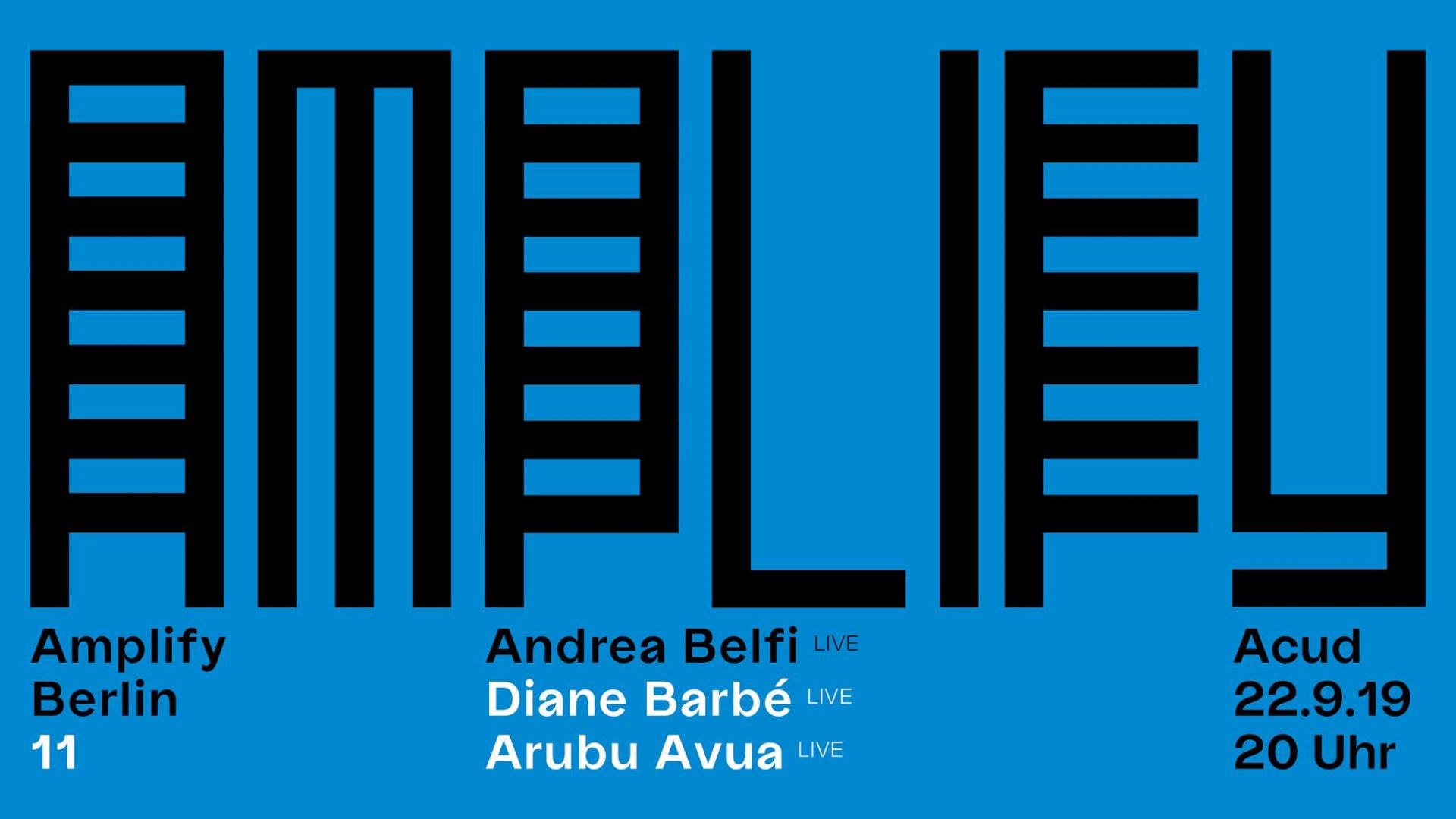 The eleventh edition of the creative development program features a set from mentor Andrea Belfi as well as from his mentees Arubu Avua (Victor Negri) and Diane Barbé.

Italian-born Andrea Belfi is a drummer, composer, and experimental musician. Artfully blending the acoustic with the electronic, his performances are equal parts energetic and hypnotic, featuring long-arching soundscapes that are rich and immersive. Belfi’s music pulses on the exploration of deep and mysterious nocturnal spaces. Strikingly atmospheric and replete with vivid timbres, his music is oftentimes rhythmically complex but also pure and reductive. A live performer at heart, Belfi’s music comes to life on stage where he’s built a reputation for electrifying drum solos and off the cuff improvisations. He has collaborated and recorded with musicians like Nils Frahm, Jóhann Jóhannsson, Mike Watt, David Grubbs among others, and he has performed at the likes of Centre Pompidou (Paris), Unsound Festival (Krakow), Barbican Centre (London), Issue Project Room (New York), CTM festival (Berlin). July 2019 sees the release of Andrea Belfi’s next studio EP, Strata, on the London-based label FLOAT.

Diane Barbé
... is a sound artist and recordist based in Berlin. She researches the way we relate to our acoustic environments, using sound as a gentle medium to understand, represent and expand perception. In her live sets and radio podcasts she mixes concrete sounds, acoustic instruments and minimalistic synthesis to achieve journeys much akin to lucid dreaming. Diane has released tapes wth Jungle Gym (USA), XYZ records (Czech Republic), and her ambient music is featured on the 2019 Nachtdigital Mint compilation (Germany). She is currently training as a field recordist for documentaries and studying music at the UdK Berlin.

Arubu Avua
Victor Negri works on projects encompassing sound art, songwriting, video and poetry, as well as soundtracks for film, performance and dance. His production often reflects on technology malfunction and misuse, the limits of language, as well as a vanguard-of-backwardness approach in order to affirm non-western worldviews and timelines. Including solo and collaborative works, he has performed in Brazil, Germany, Italy, Latvia, Lithuania, Estonia and Spain, with pieces exhibited at EMAF, transmediale Vorspiel, ADAF, Mostra do Filme Livre, among others. He is currently studying at UdK Berlin. Arubu Avua is a musical project that approaches Brazilian songwriting through electronic experimentation and deconstruction.