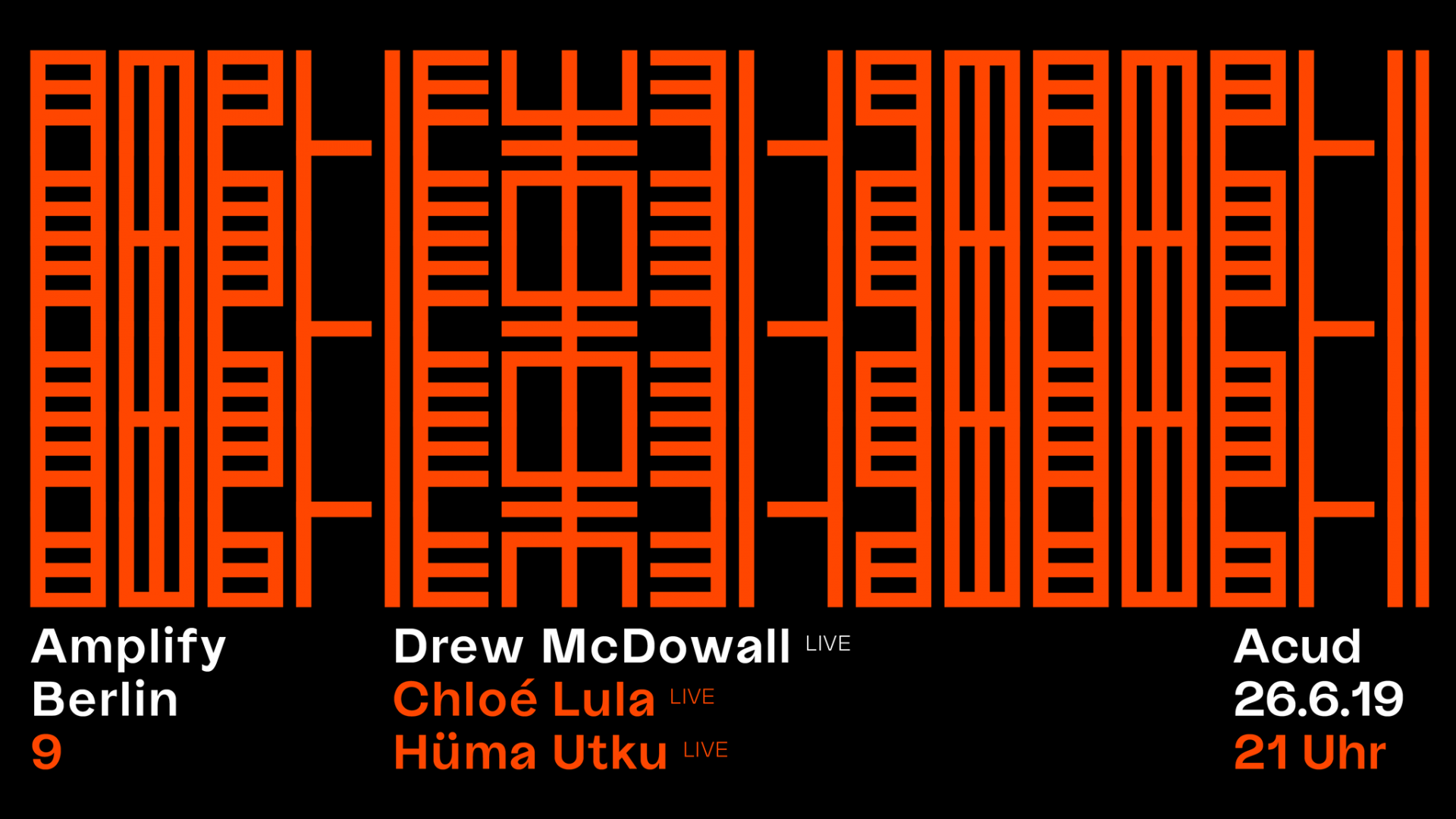 Drew McDowall
... is a Scottish-born, NYC-based composer and musician. He was a member of Coil in the 90’s contributing heavily to some of their most respected and influential works. Recently he has presented his hallucinatory, darkly experimental work at international festivals such as CTM, Berlin Atonal, Labyrinth, UH Festival, Dark Mofo and Unsound. He has collaborated with Hiro Kone, Puce Mary, Croatian Amor, Varg and Rabit amongst others. His latest solo album The Third Helix was released on Dais Records in September 2018.

Chloé Lula
The French-American, Berlin-based artist Chloé Lula is a resident DJ on the label aufnahme + wiedergabe, the co-founder of the US techno label Detour and the former manager of the synth-driven electronic imprint Holodeck Records. She has played across both the European and North American continents alongside artists like Ron Morelli, Silent Servant, Anthony Parasole and Tim Exile and is known for deep and atmospheric sets that span electro, wave, industrial and techno. In addition to her career as a DJ, she is also a selector on her monthly show, 'No Exit', on Cashmere Radio—where she showcases her knowledge of punk-indebted experimental music—and is the full-time Deputy Editor of the music publication Telekom Electronic Beats. Her performance at Amplify will be her first ever live set and the first public presentation of her original material.

Hüma Utku
Istanbul-born and Berlin-based artist Hüma Utku uses the elements of industrial, ambient, techno and further; music is used as a tool for storytelling. Since her debut release ''Her Trembling Ceased'' on Partapart Records under the moniker R.A.N. (Roads At Night), Utku has been touring Europe and the Middle East. Her latest release ''Şeb-i Yelda'' was released in August 2018 by Karlrecords as DL/12''. This EP presented Utku, (R.A.N.) with an evolved sound and strong theme to a wider audience. Utku will release her debut LP under her own name in June 2019 via Karlrecords.