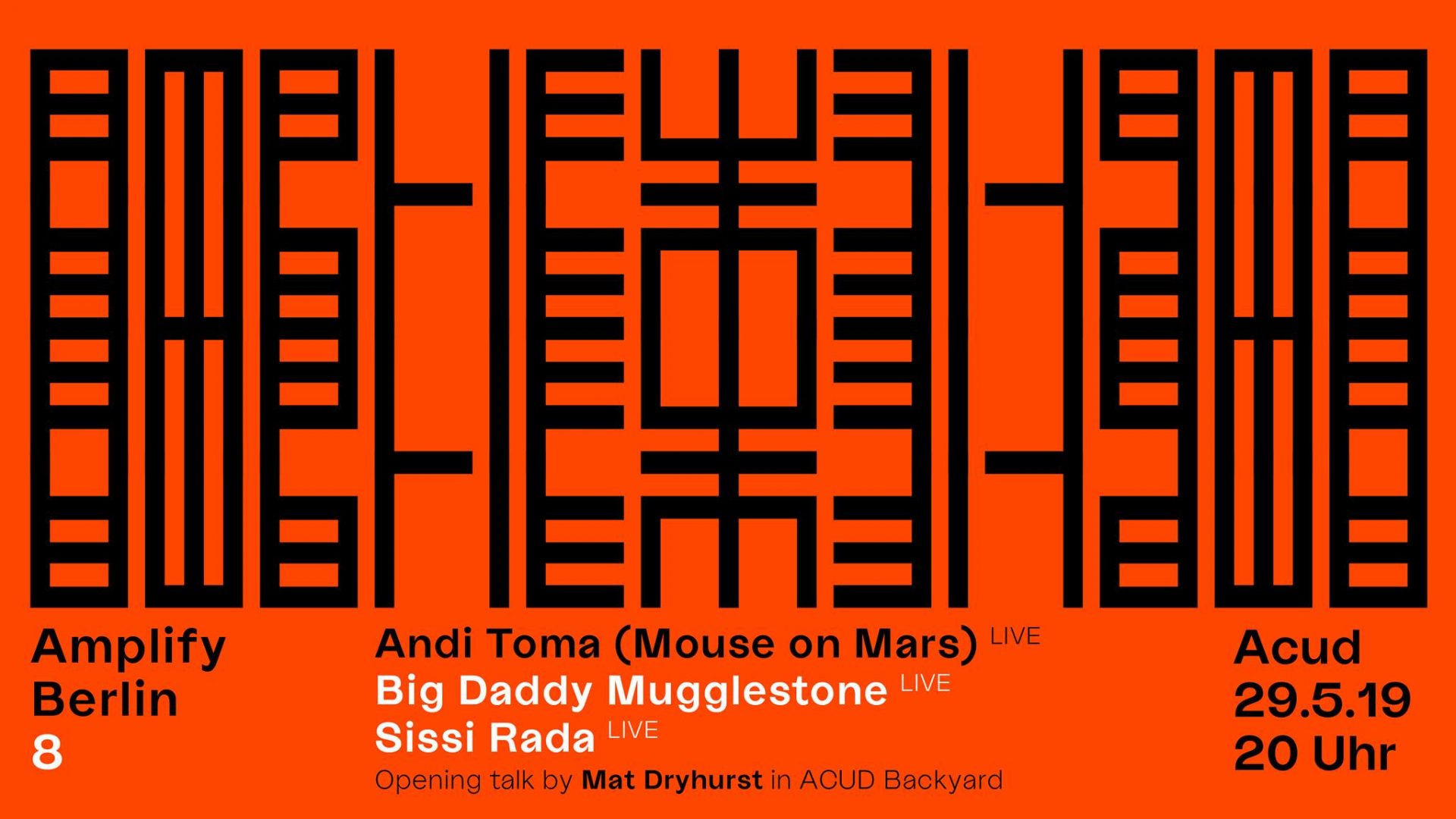 Acud Macht Neu presents: the eighth edition of the creative development program featuring live sets from mentor Andi Toma of Mouse On Mars, as well as his mentees Big Daddy Mugglestone and Sissi Rada. The night will begin with an opening discussion by Mat Dryhurst.

Andi Toma
... is a founding member of Mouse on Mars – one of the most defining and versatile electronic music projects from Germany. Since they started in 1993, Andi Toma and band partner Jan St. Werner have recorded 15 albums and have started various collaborations, such as with outsider composer Moondog, The Falls Mark E. Smith and avant-pop-outfit Stereolab. Additionally to Mouse on Mars the duo started a label called sonig where they showcase experimental music. Originally from Düsseldorf, Andi Toma now lives and works in Berlin.
http://www.sonig.com

Big Daddy Mugglestone
... Aaron Snyder AKA Big Daddy Mugglestone is a Berlin-based musician, producer and performer. Born in Denver, Colorado, Mugglestone started playing the drums and recording on his 4-track at the tender age of 12. An interest in world music and marginalized cultures led him to study Ethnomusicology at Indiana University. In 2004, Mugglestone founded VALIS Records to publish and promote his music and musings. Since moving to Berlin, he has been involved in many different projects involving the interplay between machines, the human brain and contextualized space—but he still likes to sings those sad old songs and give strangers unsolicited fashion advice.

Sissi Rada
... Athenian harpist Sissi Makropoulou (AKA Sissi Rada) celebrates music in a multi-faceted, but still very personal way. Living and working in Berlin, she collaborates with orchestras such as the Berliner Philharmoniker, the Deutsche Oper and MusicAeterna. As a solo harpist she has won numerous prizes (2007 5th Dutch Harp competition; 2010 Young Soloists competition in Athens). As a composer, she is especially active in the world of Dance Theater. Under the pseudonym Sissi Rada, she is active in the electronic scene as a singer, producer, lyricist and writer of various blogs and magazines. She has collaborated with David August, Deerhoof, Lena Platonos, Kadebostany and performed in festivals auch as the Berliner Festspiele, Electronic Beats Festival, Xjazz and Reeperbahn.

Mat Dryhurst
...is a Director of Resonate. He is an artist, musician, and a vociferous advocate for decentralization as an ideological necessity for independent musicians. He developed the Saga publishing framework to allow artists to take control of every discrete instance of their work online, and works solo and in collaboration with his partner Holly Herndon.