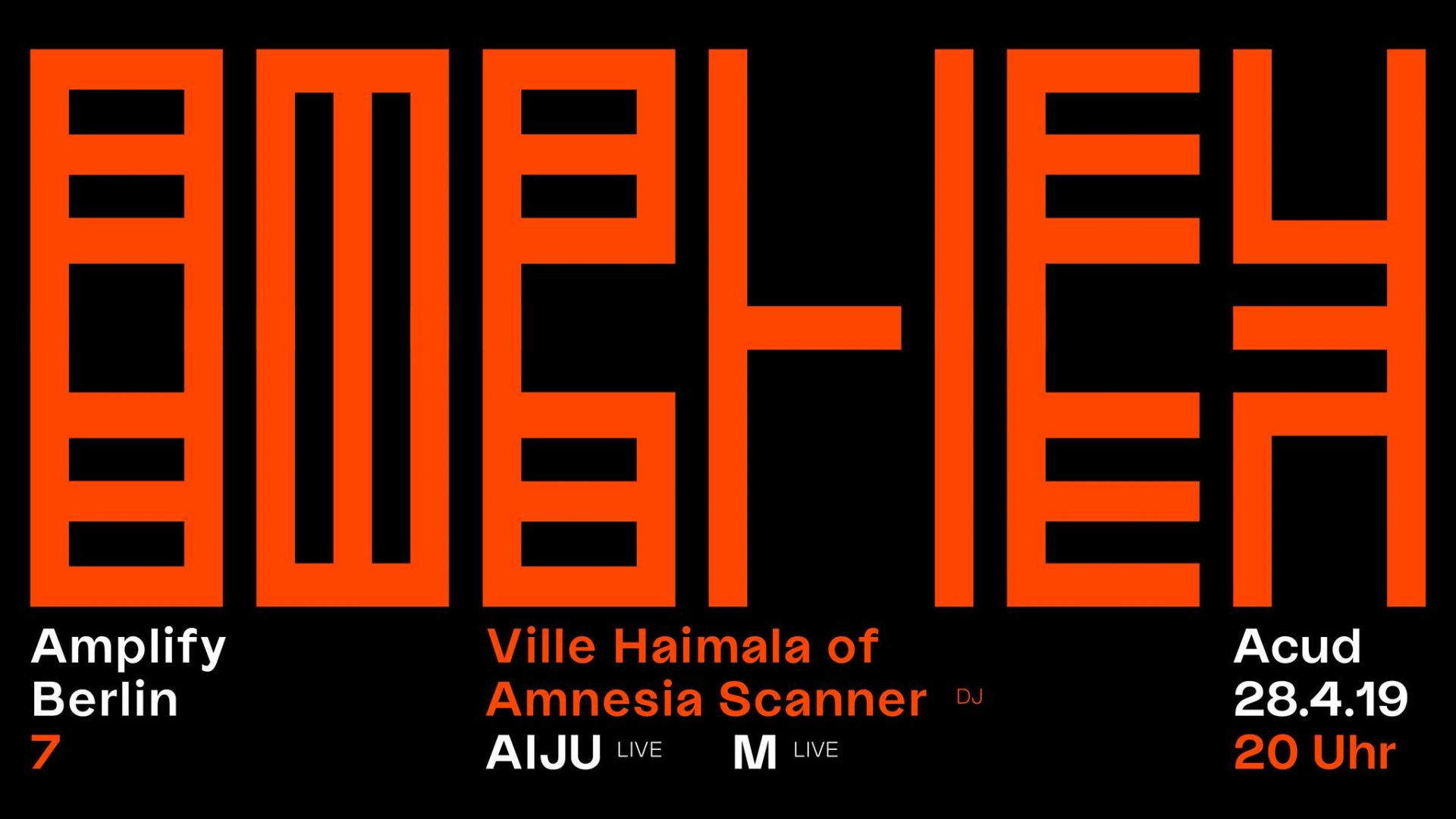 Ville Haimala
... is a Finnish-born Berlin based artist and producer best known as one half of music duo, performing arts troupe, experience design studio and production house Amnesia Scanner. Amnesia Scanner has released a series of critically acclaimed albums/records on labels like Young Turks and PAN and presented work at art institutions such as ICA London, HKW Berlin, and the Serpentine Gallery Marathon in London. Aside working on Amnesia Scanner, Ville is also working as a composer and music producer collaborating with visual and musical artists like FKA Twigs, David Byrne, Holly Herndon and Oliver Laric.

AIJU [INT]
... is an emerging producer whose listening has been shaped between London and Moscow, who works with the impossibility of the club and femme4femme feelings.

M Wingren
... is an intermedia artist and a researcher who is interested in the parallels and intersections between music, computing, and brain function. Their current audiovisual work explores projected-selfs and in-between states. Recently, M has been developing mixed-reality musical instruments and completing a master’s in "Sound in New Media/Human Neuroscience & Technology".