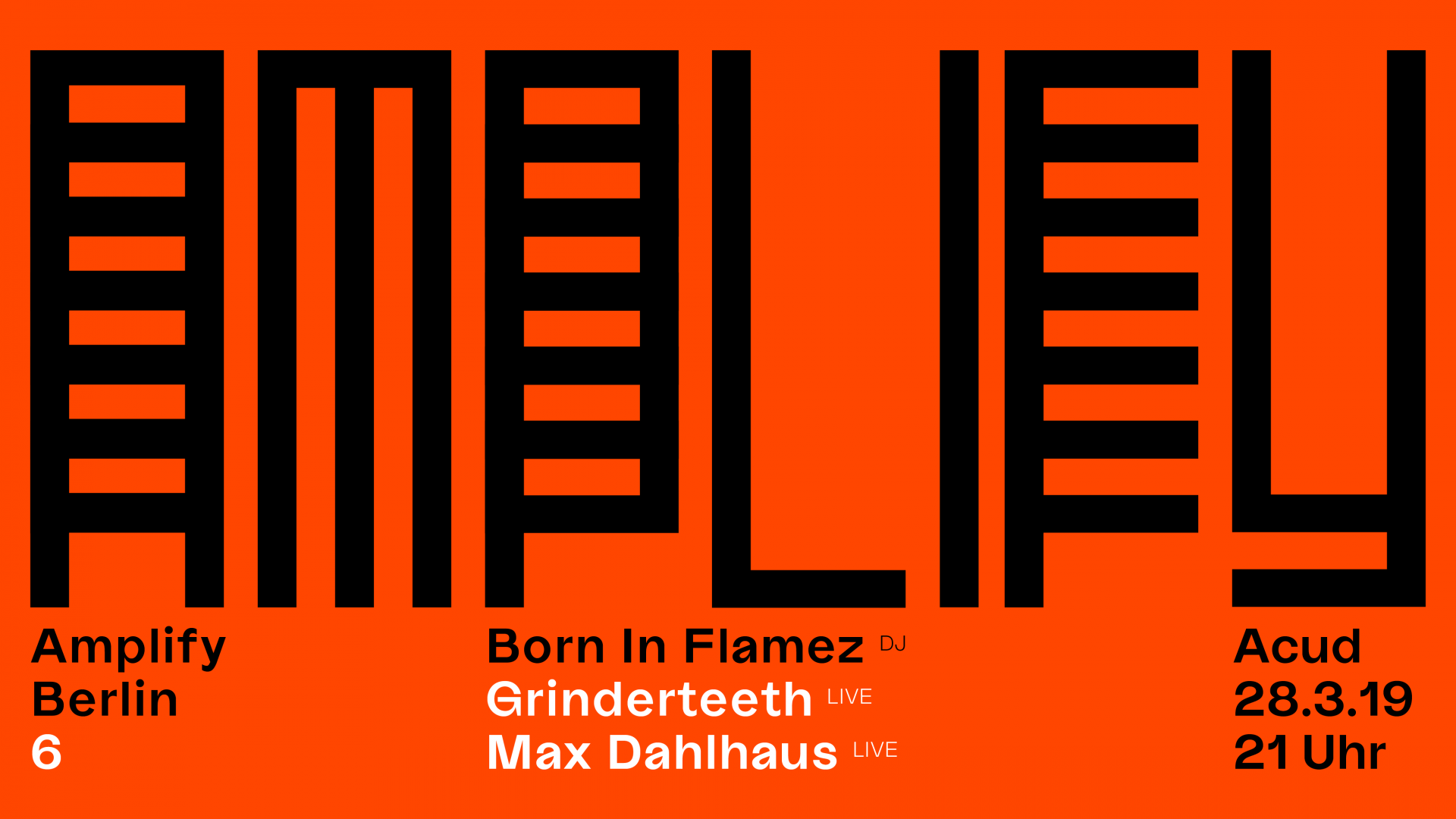 Acud Macht Neu presents: the sixth edition of the creative development program Amplify Berlin features live sets from mentees Grinderteeth and Max Dahlhaus accompanied by their mentor Born In Flamez on the decks.

Born In Flamez
... is a Berlin-based producer and DJ who subverts gender and genre with a range of influences somewhere between deconstructed club, lofi pop, grime, and classical music. The project has released tracks on Infinite Machine, Monkeytown and UnReal and collaborated with the likes of WWWings, Ziúr and Modeselektor. They have produced with LA based noise trio Health, whom she also supported on tour. They also supported canadian multitalent OPN in Europe and co-curated CTM festival 2018.
soundcloud.com/born-in-flamez

Max Dahlhaus
… is a Berlin based audio visual artist and producer who while purposely focusing on contrasts like emotional and abstract, repetition and detail, opulence and minimalism, does not know any frontiers between those principles. Max Dahlhaus is not operating in the anonymous semidarkness, but there is always a person with a story emerging from his productions. „Finished“ is a word completely unknown to Max, he wants the audience to be part of the creational process- his visual creations support the music but leave a great room for interpretation and wonder. While his recent sound experiments lean on tech noir, he is not part of a scene or school, but an imperturbable maverick who is always finding the true mixture of his own intellectual world and the everyday life in a sizzling metropolis.
http://max-dahlhaus.de/

DJ set by NE before, between and after the live sets