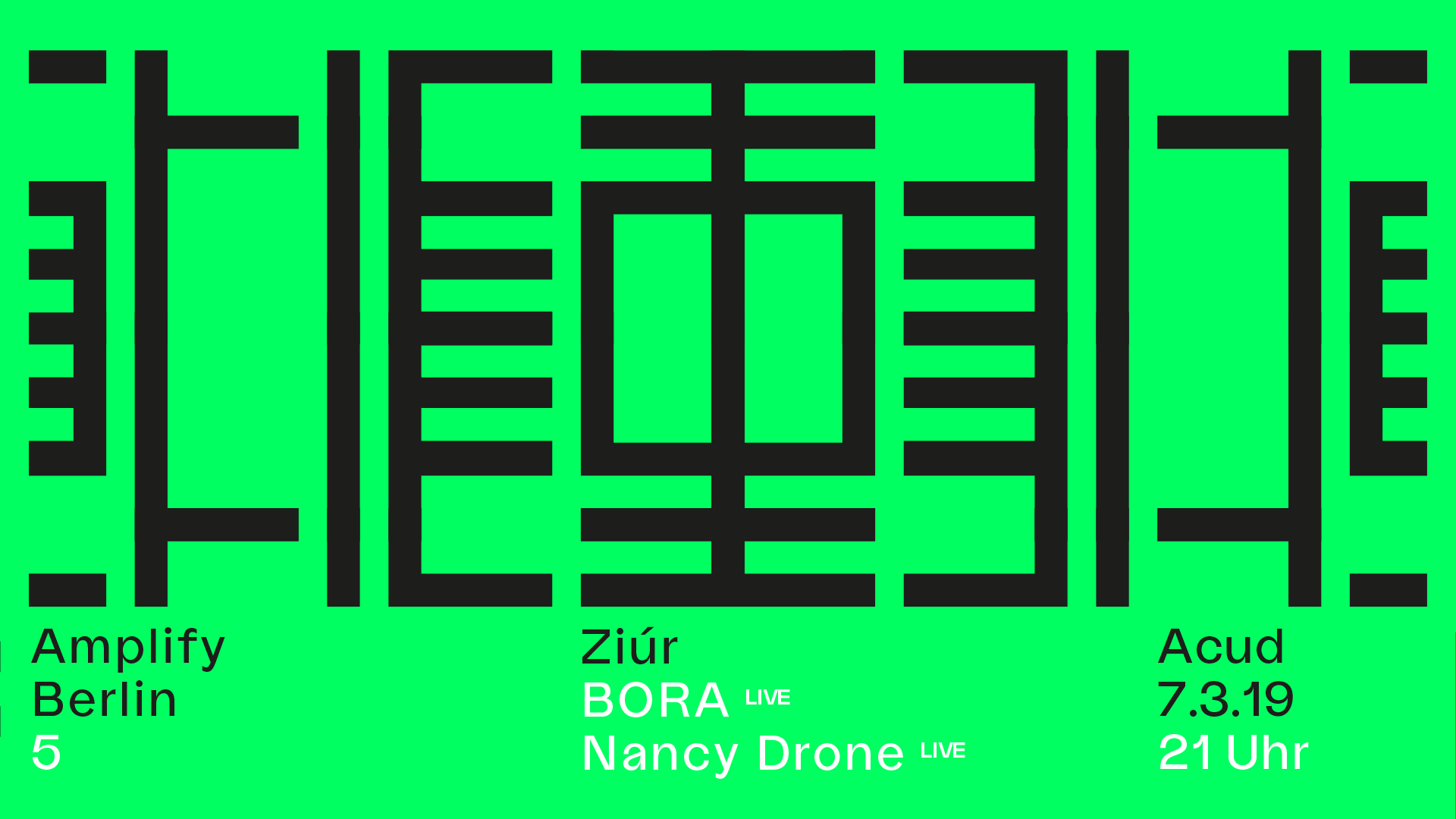 BORA
Pauline Canavesio aka BORA is a France-born Berlin based multidimensional producer and artist. Through an introspection involving sound, digital and painting, she morphs to become one emotional entity, where sound is shaping the unknown and inexpressible. Her universe is an immersion into an organic process, where you can hear a human being and its inner body and mental fluctuations. BORA is a ritual, an attempt on existence.
http://soundcloud.com/b0ra-1

Nancy Drone
... is Molly Gunn, an electronic musician based in Berlin recording and performing under the moniker Nancy Drone. Originally hailing from Pittsburgh, Pennsylvania, she's constructed an aural fantasy of swirling ambience, arachnid techno mutations and shards of percussive mayhem. Through collapsing structures and textural explorations, an amorphous bond between emotion and chaos is born.‘
https://nancydrone.bandcamp.com

Ziúr
... is one of the most exciting producers to come out of the fringes of Berlin club music in the last few years. A new generation is breaking out of the techno mould and creating in a spirit of freedom and experimentation, taking seemingly incompatible influences and balancing them into a new and exciting sound.
https://soundcloud.com/ziurziurziur/

DJ set by NE before, between and after the live sets