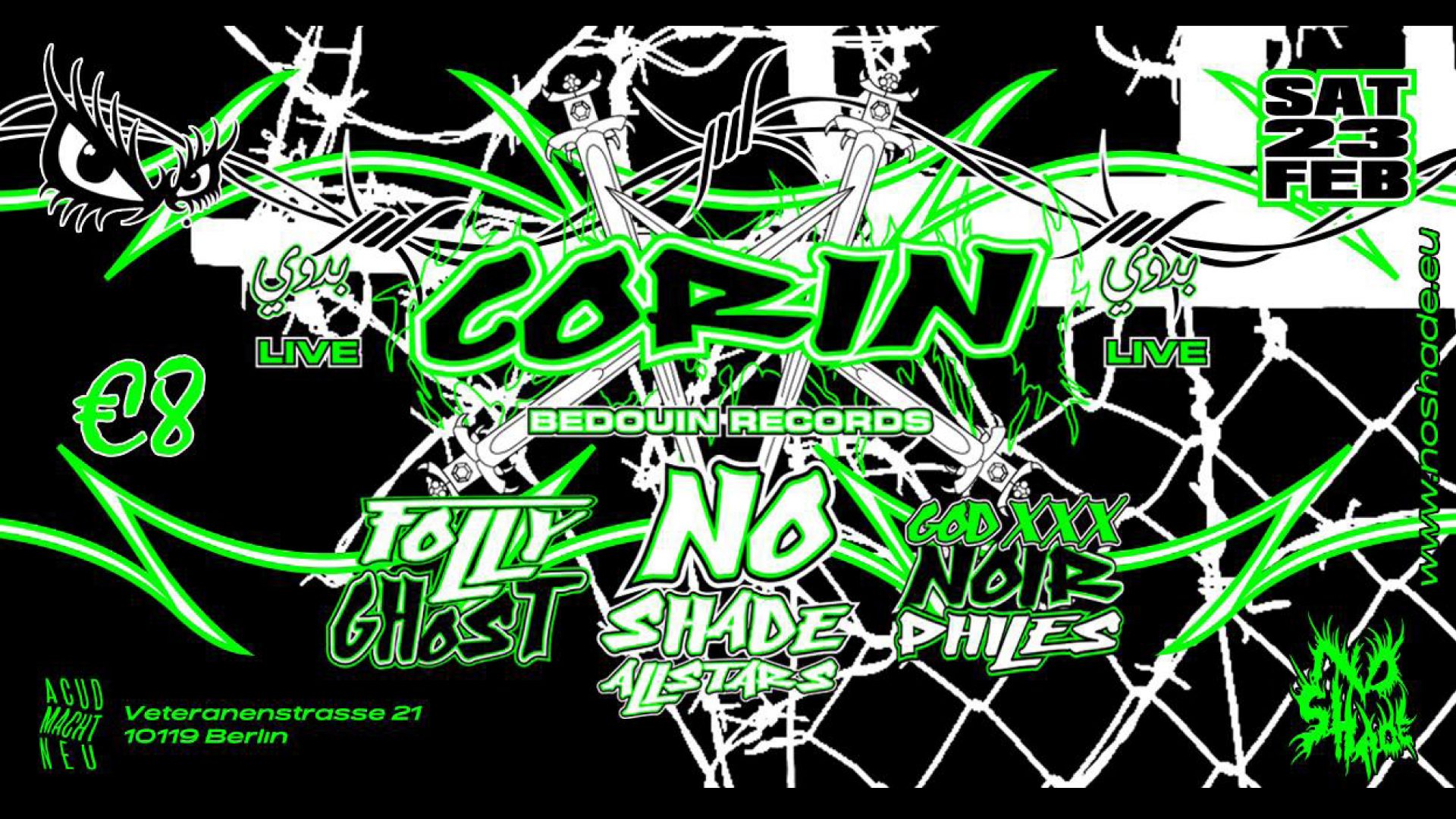 No Shade is a club night series & DJ training program for female/non-binary/trans DJs based in Berlin initiated by Acud Macht Neu. We are super excited to present the latest edition of No Shade with their two new members! Party on both floors with Ambient Space in the Studio and Rave Zone in the Club.

CORIN
...Corin Ileto is an artist, producer and performer drawing from a background in classical composition. Through the performative aspect of Ileto’s compositions, she further explores intuitive algorithms through the mechanics of human memory.
Corin is currently touring Europe promoting her forthcoming album ‘Manifest' released on Bedouin Records (UAE). Make sure to catch her live !!

Minou Oram
...is a DJ and producer blending music over many decades and styles between meditative serenity and dazing temper. In her boundless and experimental sets she draws upon a wealth of musical influences and tends to channel her sound through the murky abyss of IDM, Cosmic, Kraut, EBM, Wave, Industrial, alienated Pop, personal field recordings and more.

Yubaba Ninja
... Most recently known for her protagonist role in the latest Gaspar Noe film “Climax” Yubaba aka Thea Carla Schott is a renowned member of the ballroom community representing categories such as Bizarre and Sex Siren. Catch Yubaba in action in one of her iconic looks at our next No Shade party !

Visuals by It's bad juju

NO GUESTLIST / SUPPORT YOUR LOCAL COMMUNITY
*NO HOMOPHOBIA, NO TRANSPHOBIA, NO SEXISM, NO RACISM, PLEASE RESPECT EACHOTHER! WE ALL WANT TO BE IN A SAFE PLACE TO RAVE!

The venue has barrier-free access.
No Shade is funded by Musicboard Berlin.