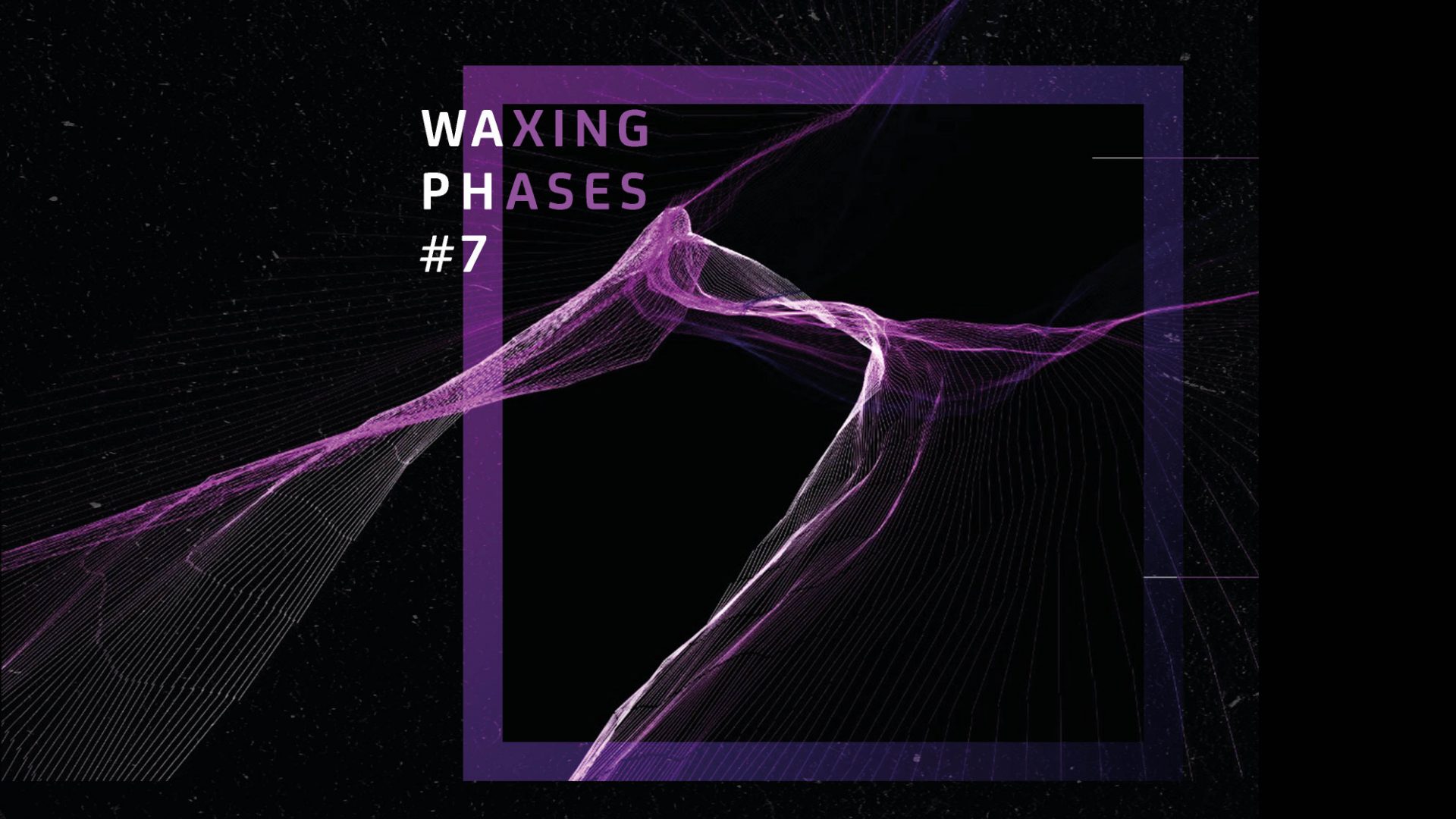 Waxing Phases is back for its 7th edition with an ambient journey between the physical, mental and the digital world. This time in Acud Club, with a party after midnight.

WAXING PHASES
... is a Berlin based event focusing on Audio - Visual art. We wish to create a separation between the daily living environment and to challenge the audience to explore a place of listening and experience. WAXING PHASES provides a platform that is between experimental art, ambient, and club scene, for all kind of new media art. Thus, our events are a journey between the physical, mental and the digital world. Started in Jun 2017, we hope to continue and develop this tradition.
More

MAKOTO SAKAMOTO, //
INDIVIDUAL
The music I create is sound. Its the background music of a life. Its not time, but through my sound I want the audience to feel the stream of their own time. My sound sounds dark at first, but its meaning is not people contemplate when they are confused and encounter doubts. I want to create sound that reveals what the audience has in their mind as a part of their present moment. I long to create sound that gives the audience a moment to contemplate themselves and space, and share themselves with others, rather than just have people listen to sound. In order to do this, I consider music as avant-garde art form that releases us from the constraints between the time we all share and the individuals own time.
More

MAKOTO SAKAMOTO
... is a Japanese artist who was born in Japan. His father is a stage lighting artist. He grew up wandering around in the back stage of concert halls, civic halls and theaters where his father worked. As a teenager, he played drums, guitar and bass guitar in a heavy metal band and a hardcore band, and then eventually became a vocalist. In his 20s, he was a MC of poetry reading in which he playing music based on hip-hop and bass music. In his late 20s, he became a vocalist again in an electronic music unit Sub Human Bros (SHB) that his little brother Yutaka and he founded together. He realized he has a huge curiosity about sound and acoustic quality. SHB expresses melodious melody composed by his brother and he discovered the value of this kind of sound around 2012 as a mixer. In 2016, he started his own solo project. While he was learning techniques of equipment, such as a synthesizer from Yutaka, he started to compose his own sound. The original sound that he has now is built from his understanding of sound and spatial expression of theater or lighting that he accumulated since a child, the expression of music through playing instruments, and the experimentation with mixers and voice in establishing SHB. He is now about to release his original sound.
More

ASERET, OR SARFATI
TIME BETWEEN US
A meditative experience immersed in an Ambient atmosphere.
Tone-clusters carry you into your deeper feelings, the perception of time that divides us, that holds us within a different dimension, that brings us closer to our purest emotions. that time that reminds us of the essential.

ASERET
... Sardinian project based in Berlin dedicated to Ambient-Drone Music as Composer and Live Performer. Aseret studied in Italy, where he made two Sound Installation and various Live electronics in the Conservatory of Sassari, Cagliari, Latina and Bolzano. The purpose of his works is to bring back to foreground the human value of each person, giving him, through the music, a chance to identify himself and reconsider his own spaces, in contrast with a world increasingly hectic.

OR SARFATI
... with a background of a developer, uses the world of visual art to create environments that are generated and evolved at the present moment. Using a particle system, these environments reacts to a changeable set of rules and can be designed or manipulated during a live performance. Each act is a mix of composition and improvisation giving a different result while keeping an organic sensation.
More

MENION, SAHAR
IMMINENCE
An attempt to transmit everything that goes beyond the intellectual syntax, into a state of inner focus. Visually, the real-time generative visuals, built by Sahar and powered by Touchdesigner, captures the different characteristics of the sound, and explores the perceived inner spaces, that results in various live and generative 3D visual landscapes. The sound concept is based on an analogue processing of the electric guitar to transform the identity of the original source, creating pulsing textures that build evocative and suspended atmospheres.
More

MENION
... is a project created by Stefano Ferrari - Guitarist, Producer and Composer. The project originates from the need of telling stories, experiences and impressions through sounds. His music brings together visionary Electronic, with Ambient, Glitch and Post-Rock influences. His sound has been influenced by Sonic Youth, Christian Fennesz, Alva Noto, Béla Bartók and many others. Menion does not feel compelled to experiment or display an aseptic avant-garde taste; what he's eager to do is to share and research his own art, experiencing music as an opportunity for self-improvement.
More

UNTAGGED PICTURES
... is an Italian duo based in Berlin, who navigates through the mental sound space and leaves behind them for a moment their mother project "Spacedrome". Mental Planes was born as a need to get out of the logic of the genres only to find themselves human within the unknown. Created by Amedeo Inglese and Antonello Meloni.

ACONITE
... aka Riccardo Bernardi is a Berlin based Italian visual artist with a background in set design, fashion photography and music/art videography. His performances take inspiration from the Nature mixed with a minimal aesthetic made of lines and poisonous glitchy atmospheres. He is also part of the project ATMOS, a monochrome techno act.
More