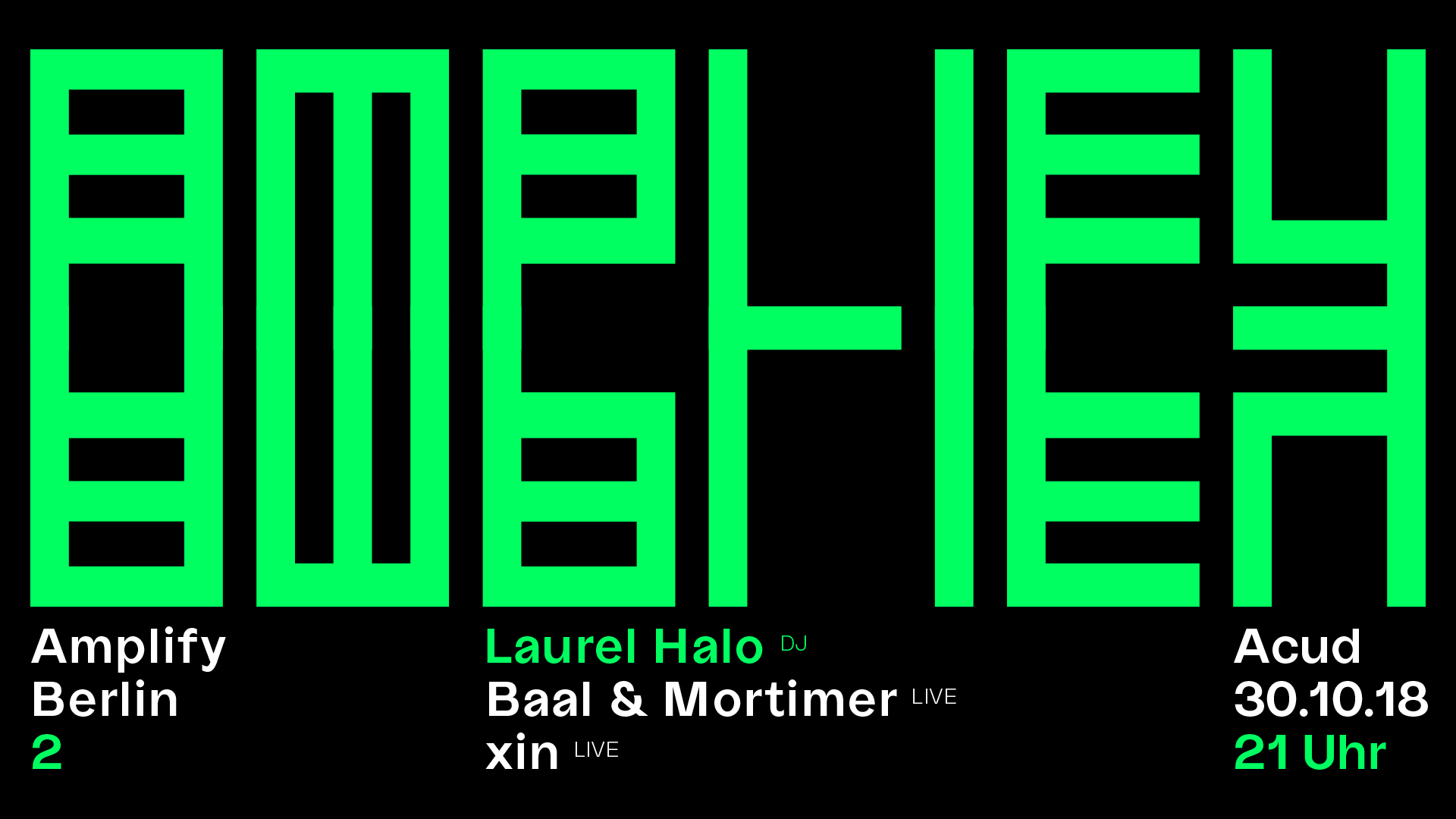 Acud Macht Neu presents: The second edition of the creative development program features live sets of mentees Baal & Mortimer and xin. And a DJ-Set by their mentor Laurel Halo.

Alexandra Gruebler
... is BAAL & MORTIMER. The project delivers an audiovisual view into the process of conceptual evocation and reproduction of the state of tension.
https://soundcloud.com/baal-und-mortimer

xin
... navigates spaces between conventions, cultures, pressures and sounds. Their artistic approach is rooted in dissatisfaction around independent musics reliance on corporate monoliths, from Facebook to Spotify. xin’s decision is made as one gesture in a much broader, quickly-evolving discourse.
https://soundcloud.com/xxxiiinnn

Laurel Halo [Hyperdub/Latency]
... is a Berlin-based recording artist. Her eccentric, genre-defying productions have earned her a reputation as a producer with a singular, distinctive voice. Originally from the North-American Midwest, Laurel Halo has released three albums and several EP’s via the renowned labels Hyperdub, Honest John, Hippos in Tanks and NNA Tapes. Her last album “Dust” featured contributions by Julia Holter, Klein, Lafawnda who like Laurel Halo channel the Zeitgeist of today in their work.
laurelhalo.com

The applications for Semester 2 (March – July 2019) have opened! Mentors for this semester include:

Two more mentors (June and July 2019) will be announced at the beginning of November 2018.