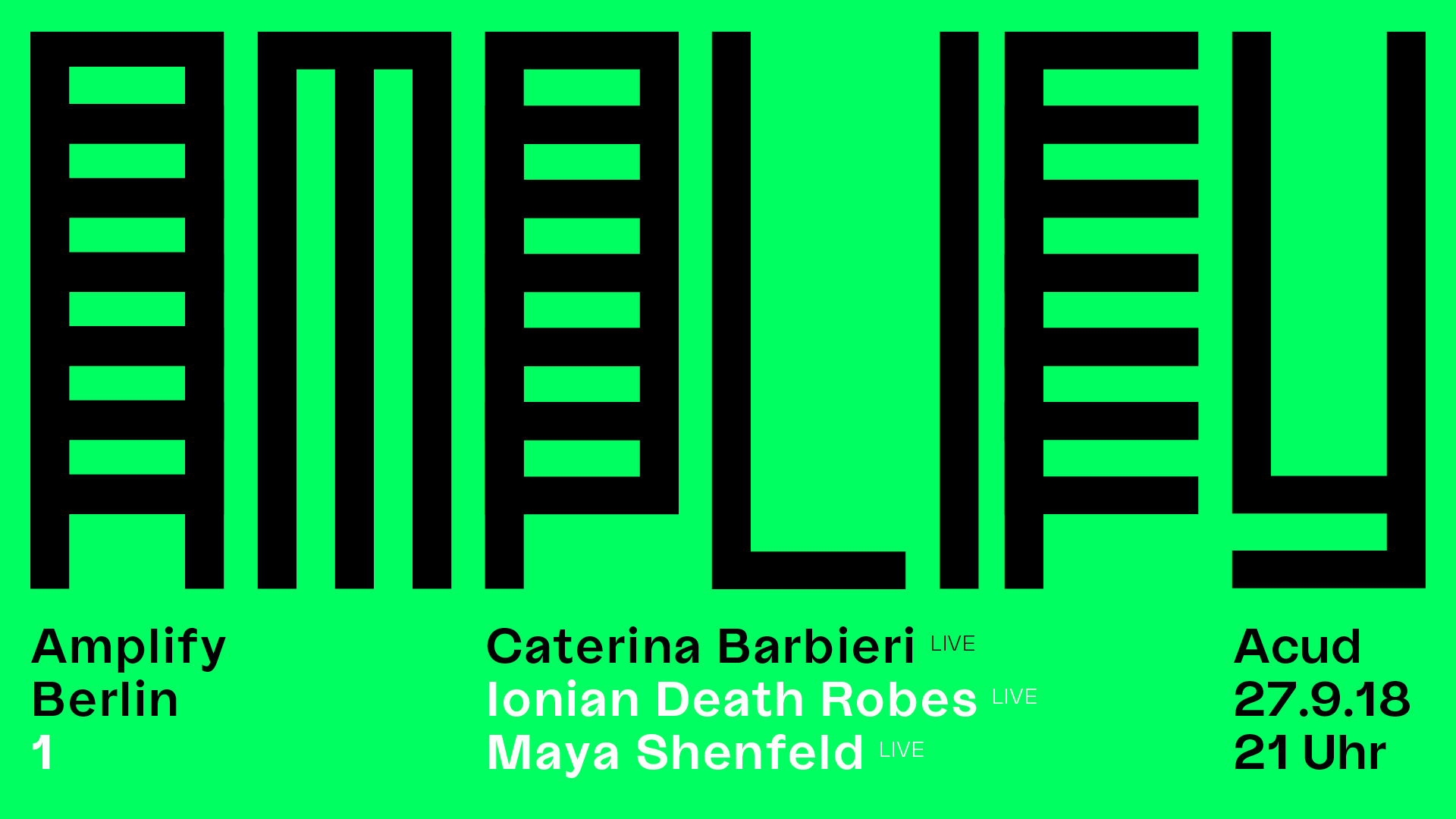 Amplify Berlin is a new creative development program at ACUD Kunsthaus. Starting from September 2018, Berlin-based emerging musicians will have the chance to be mentored in composition, production and live performance by more established musicians, at Kunsthaus ACUD.

During each one-month residency period, two emerging artists will receive feedback and advice from their mentor, work in a private music studio, develop their live set in the ACUD Club’s concert space, as well as present an online radio show. Each residency will culminate with a live set they have prepared at a showcase event, on a lineup alongside their mentor.

Caterina Barbieri
... is a Berlin-based Italian composer who explores themes related to machine intelligence and object oriented perception in sound through a focus on minimalism. Caterina explores the psycho-physical effects of repetition and pattern-based operations in music, by investigating the polyphonic and polyrhythmic potential of sequencers to draw severe, complex geometries in time and space.
https://caterinabarbieri.com/

Ionian Death Robes
... take their cue from atmospheric, doom-inspired soundscapes. The project is a collaboration between Berlin based flautist Abigail Toll (UK) and Utrecht based violinist Laury Achten (NL) which began in 2016. Owing to their geographical distance, the live shows often assume various solo and collaborative formats that draw on the dialogue between the discordant distressing of the classical instruments and confessional chanting. Ionian Death Robes are set to complete their first EP titled ‘old world | new ruiins’ later this year.
https://soundcloud.com/ioniandeathrobes

Maya Shenfeld
... is a Berlin-based composer, sound artist, and guitarist. Her works span from electroacoustic compositions, sound installations and ensemble pieces to performing as a classical, experimental and rock guitarist. In her practice, Shenfeld explores the intersection between modes of musical production used in experimental and popular music. Her interests lie in the embodiment of the listening experience, researching temporality, deep listening, just intonation, and microtonality.
http://www.mayashenfeld.com/