Sounding Images #15: All Times Now Nothing 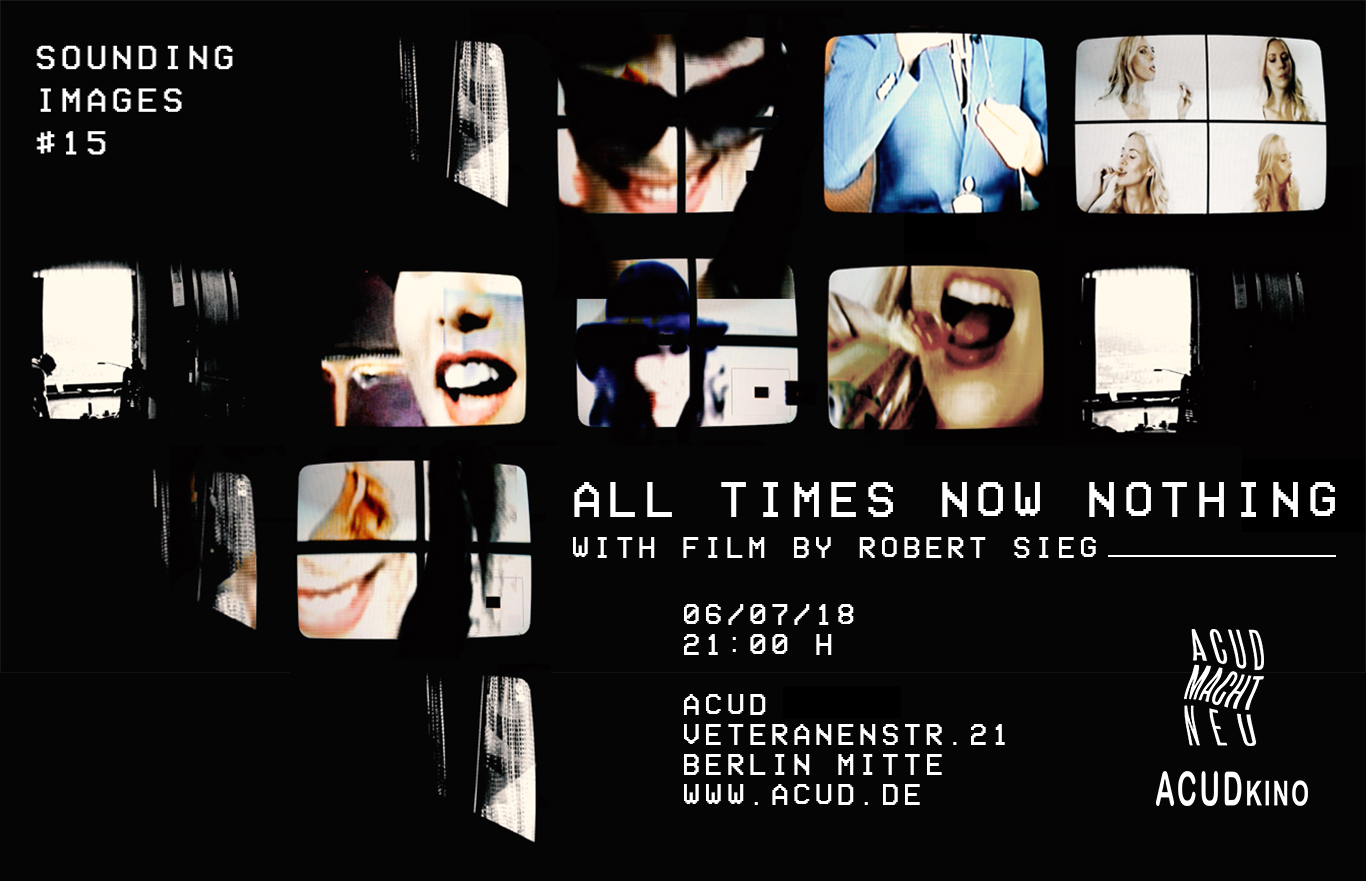 All Times Now Nothing: Alternative Broadcast is realized in cooperation with ACUD MACHT NEU and ACUD Kino, and will take place in the cinema space on the 3rd floor.

We live in a world where there is more and more information, and less and less meaning – Jean Baudrillard

All Times Now Nothing is an ongoing audiovisual project sampling and manipulating found footage in order to collage and reconstruct new meanings. Alternative Broadcast is their expanded-cinema performance manipulating multiple live broadcasted TV and radio signals. This improvised performance taps into the signals that surround us, finding meaning in the mundane and composing melancholic meditations on modernity. Through live abstracting the electronic sound and image, this form of expanded-cinema links the signals to synesthesia, reconstructing disposable media into a state of immersive hypnosis. Where the blends of these signals may sometimes create a cacophony of noise and nonsense, there always remains the chance to see clarity and depth of meaning that may have been totally invisible through their regular consumption.

+ THINGS GO WRONG VERY SLOWLY UNTIL THEY GO VERY WRONG VERY FAST by Robert Sieg
“A nice little film to make you feel good and aware of your own body within global capitalism. Because for all the products global capitalism might produce, they all just remain props to producing subjects.”
www.robertsieg.com

ALL TIMES NOW NOTHING
…is an audiovisual collaboration between Fred Brooks and Cliona Ni Laoi. Fred Brooks is a composer and producer, curating audiovisual exhibitions in Berlin. Cliona Ni Laoi is an interdisciplinary media artist with a focus on experimental film and live interactive audiovisual installations.
http://www.alltimesnownothing.com