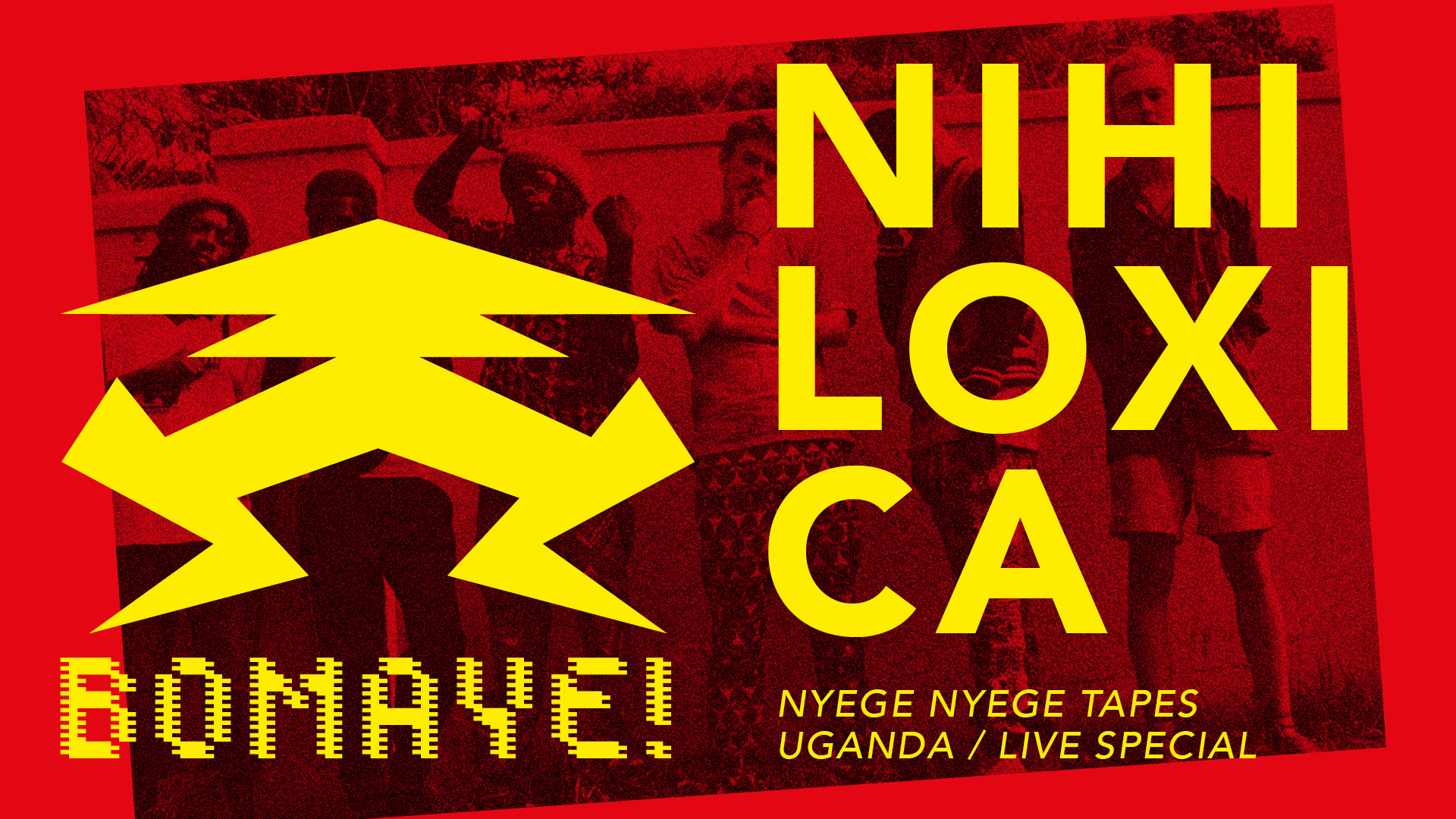 When it turns dark in Kampala they switch on their analogue synthesizers and descend into the zone. Then the Nilotica Cultural Ensemble, by daytime a group of traditional Bugandan drummers, turns into its awe-inspiring alter ego, Nihiloxica. These night ghosts from the Ugandan capital play a form of African techno that is as hyper contemporary as it is ancient. Live on stage.

NIHILOXICA
Comprised of several percussionists, a kit drummer and a synth player, Nihiloxica let the drums of Uganda's countryside collide head on with the noisy, dark electronic rhythms of the country's metropolis Kampala. Their industrial drum dance music is as trance inducing and spiritual as it is unstoppable and relentless. Nihiloxica's first release, a self-titled four track tape from Winter 2017, became easily the most exciting release so far on Ugandans super hip tape platform full of exciting releases, Nyege Nyege Tapes. The Kampala-based label was established in January 2016 to explore, produce, and release outsider music from East and Central Africa by the same brains behind the annual Nyege Nyege Festival. Nihiloxica's gig at Berlins Bomayé party series will be only their second haunting of Berlin after their appearance at CTM festival this year.

DISCO VUMBI
When he slips into his Disco Vumbi disguise, Kenayan Alai K bases
Mijikenda rhythms, Chakacha and Benga music on a slick computer bounce, including some singing by the man himself. On stage Disco Vumbi is a mix of live and DJ set, having rocked clubs from Nairobi to Kampala. Originally from Nairobi/Kenya and now residing in Berlin, Alai started out as a part of the Ukoo Flani Hip-Hop collective, Kenya's reply to the Wu-Tang Clan. As he became more and more interested in electronic music he started his solo project Disco Vumbi. The name refers to a saying from the 1970s when people would go out to a dance in the streets and came home covered in dust (vumbi). Disco Vumbi then provided the inaugurative release for Nyege Nyege Tapes, the beautiful "Boutiq Electroniq".
https://nyegenyegetapes.bandcamp.com/album/boutiq-electroniq

FLORIAN SIEVERS
Rural to urban, drums to data. In the energetic megacities between the Sahara and the Cape of Good Hope, battalions of Afro Rhythm Computers are hammering out new beats. BOMAYÉ! in Berlins ACUD club brings you these beats of contemporary urban Africa. Bass music, programmed rhythms, African electronic club music, from Mali to Kenya, from Nigeria to South Africa, from Kuduro to Balani Show, or Gqom. Traditions get carried on in digital forms. Its still the motherland, but forget about your clichés. BOMAYE! is programmed by Florian Sievers.