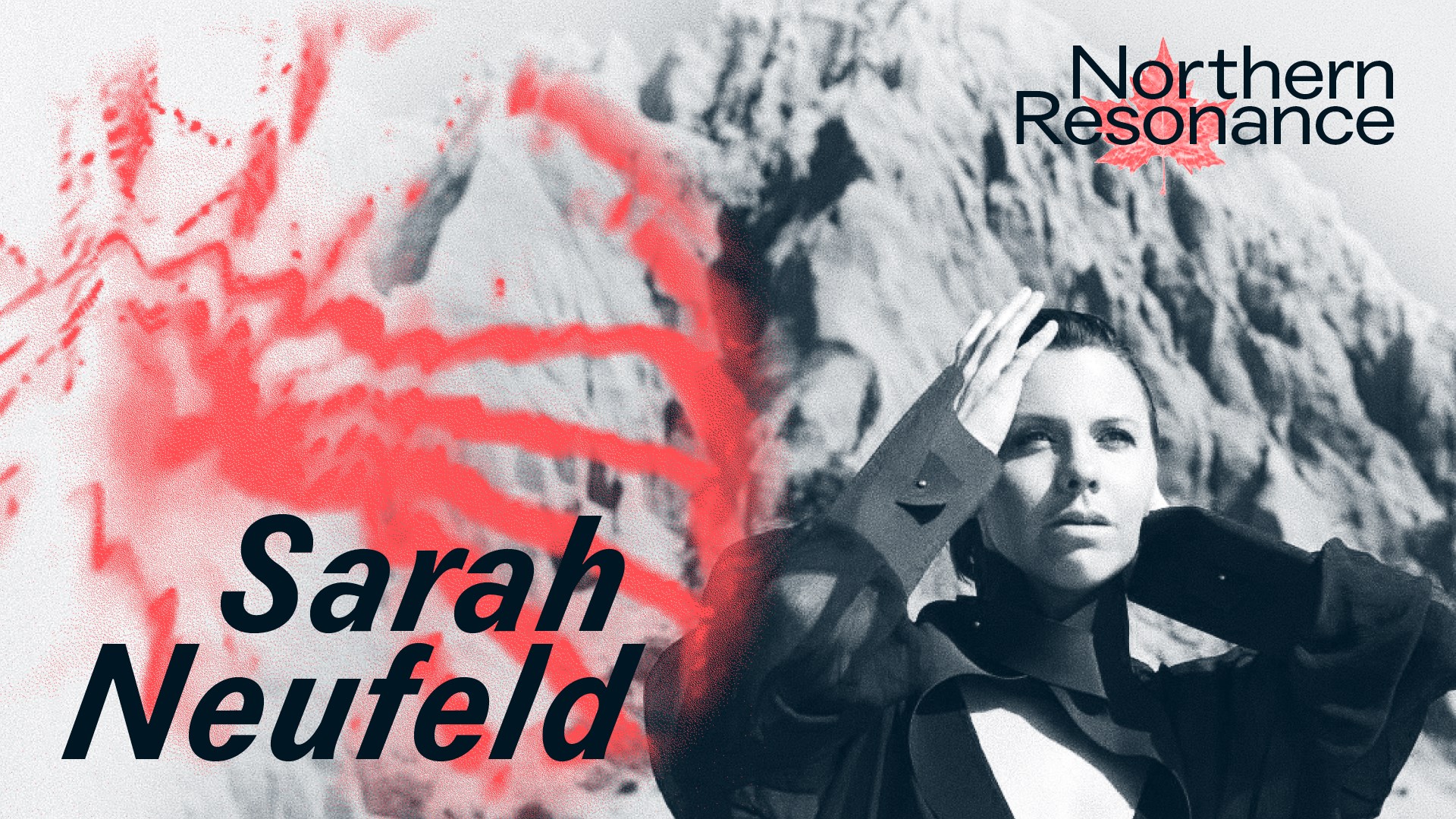 SARAH NEUFELD
...is a violinist and composer based in Montréal, Canada. Best known as a member of Arcade Fire, she is also a founding member of the acclaimed contemporary instrumental ensemble Bell Orchestre, and most recently as half of an exciting new duo with renowned saxophonist Colin Stetson.

Neufeld began developing pieces for solo violin in a formal sense in 2011, though she has made improvisation and solo composition part of her process and practice since first picking up the instrument at a young age. Neufeld counts Bela Bartok, Steve Reich, Iva Bittova and Arthur Russell among the formative influences for her solo work, in tandem with an ear for the textures and sensibilities of contemporary electro-acoustic, avant-folk and indie rock music.

Neufeld's debut solo album "Hero Brother" was recorded in Berlin by pianist and producer Nils Frahm, with Neufeld's performances captured in a number of locations with site-specific acoustics, including an abandoned geodesic dome, an underground parking garage, and the legendary Studio P4 orchestral recording hall at the broadcast complex of the former GDR.
http://sarahneufeldmusic.com/
https://sarahneufeld.bandcamp.com/

This event is part of the Northern Resonance Canadian Music Series, presented by ACUD Macht Neu with support from the Botschaft Von Kanada. It features a selection of Canadian artists and music-related film, to share the depth, scope, history and future of the nation’s rich music culture with the city of Berlin. Each edition is a reflection of Canada’s position on the world stage as a vital and active contributor to the arts. Curated by Shub Roy.