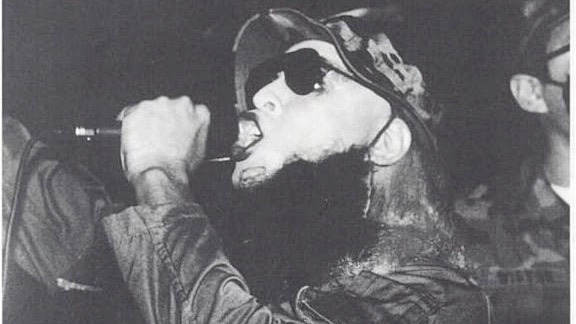 For this final gallery reflection, we will be talking about “protesting identities”. The ambivalence in the phrasing is deliberate and refers to two aspects of the relation between identity politics and art. “Protesting identities” can mean both, “identities that protest” and “challenging (or protesting) identities”. How are identities mobilised to protest inequalities and discrimination, but also how do identities become traps for issues like tokenism and essentialism? How can artistic projects explore the tension between the collective agency of identities on the one hand and their singularity and subjectivity on the other hand? And how does the “protesting of identities”, meaning both their capacity for dissent and the challenge against the reification of identities relate to issues of broader systemic transformations? In this conversation, we wish to discuss different artistic, curatorial, and scholarly positions on the multiple and complex relation between identity, collectivity, and protest. We will be joined by Natasha Ginwala, who curates the fourth and last chapter On Riots and Resistance of the one-year programme Untie to tie: On colonial legacies and contemporary societies.

CANDICE BREITZ
... (b. 1972 in Johannesburg) is a Berlin-based artist. Throughout her career, she has explored the dynamics by means of which an individual becomes him or herself in relation to a larger community, be that the immediate community that one encounters in family, or the real and imagined communities that are shaped not only by questions of national belonging, race, gender and religion, but also by the increasingly undeniable influence of mainstream media such as television, cinema and other popular culture. Breitz holds degrees from the University of the Witwatersrand (Johannesburg), the University of Chicago, and Columbia University (NYC). In 2017, Breitz represented South Africa at the 57th Venice Biennale (alongside Mohau Modisakeng). In the past, she has also participated in biennales and triennales in Johannesburg (1997), São Paulo (1998), Istanbul (1999), Taipei (2000), Gwangju (2000), Tirana (2001), Göteborg (2003 + 2009), Venice (2005), New Orleans (2008), Singapore (2011), Dakar (2014), Melbourne (2017) and Cleveland (2018). She has been a professor at the Hochschule für Bildende Künste in Braunschweig since 2007. // More Info

NATASHA GINWALA
... is a curator and writer. She curated Contour Biennale 8, Polyphonic Worlds: Justice as Medium and was Curatorial Advisor for documenta 14, 2017. Other recent projects include Arrival, Incision. Indian Modernism as Peripatetic Itinerary in the framework of "Hello World. Revisioning a Collection" at Hamburger Bahnhof - Museum für Gegenwart, Berlin, 2018; My East is Your West at the 56th Venice Biennale, 2015; Still Against the Sky at KW Institute for Contemporary Art, Berlin, 2015; and Corruption: Everybody Knows... with e-flux, New York, 2015. Ginwala was a member of the artistic team for the 8th Berlin Biennale for Contemporary Art, 2014, and has co-curated The Museum of Rhythm, at Taipei Biennial 2012 and at Muzeum Sztuki, Łódź, 2016–17. From 2013–15, in collaboration with Vivian Ziherl, she led the multi-part curatorial project Landings presented at various partner organisations.

AZADEH SHARIFI
... is a researcher, writer and activist. Since October 2016, she is a PostDoc researcher at the theatre department of Ludwig-Maximilians-University Munich where she is currently working on "(Post)migrant Theatre in German Theatre History – (Dis)Continuity of aesthetics and narratives". From 2014 until 2015, she was a Fellow at the International Research Center “Interweaving Performance Cultures”, Freie Universität Berlin. Beside her academic and teaching activities, she is co-curator of the upcoming Festival "Festivals Politik im Freien Theater 2018“ in Munich.

JONAS TINIUS
... is an anthropologist of art and post-doctoral research fellow at the Centre for Anthropological Research on Museums and Heritage (CARMAH), based at the Institute of European Ethnology, Humboldt-Universität zu Berlin, Germany. His current research explores how Berlin-based curators, contemporary artists, and art institutions engage with notions of alterity and otherness through critical curatorial strategies to reflect on German and European heritage and identities. He is convener of the Anthropology and the Arts Network of the European Association of Social Anthropologists (with Roger Sansi, Barcelona). // Homepage