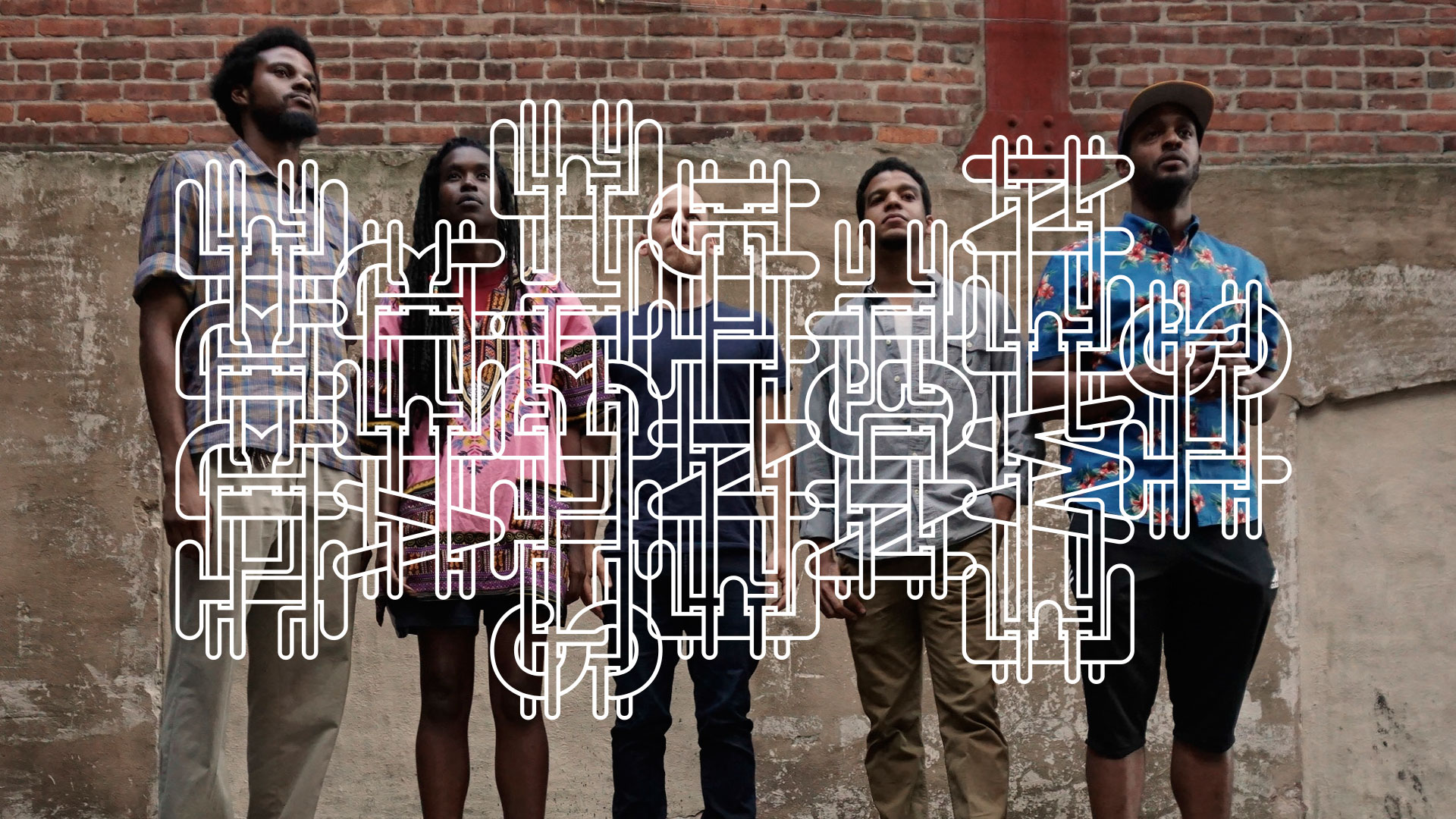 IRREVERSIBLE ENTANGLEMENTS
... are a liberation-oriented free jazz collective formed in early 2015 by saxophonist Keir Neuringer, poet Camae Ayewa (a.k.a. Moor Mother) and bassist Luke Stewart, who came together to perform at a Musicians Against Police Brutality event organised after the slaying of Akai Gurley by the NYPD. Months later the group added trumpeter Aquiles Navarro and drummer Tcheser Holmes for a single day of recording at Seizures Palace in Brooklyn, and the full quintets first time playing together was captured for their startling self titled debut. In four relentless bouts of inspired fire music the instrumentalists explore and elaborate compositional ideas drawn from their deep individual studies of free jazz improvisation, but the tone of each piece is driven decisively by Ayewas searing poetic narrations of Black trauma, survival and power. The message is the undeniable essence of the music. Though free jazz with voice is an uncommon approach in the modern day landscape of the genre, the spirit and subject the band channels and explores represent a return to a central tenant of the sound as it was founded to be a vehicle for Black liberation. As creative and adventurous as any recording of contemporary avant-garde jazz but offering listeners no abstractions to hide behind, this is music that both honours and defies tradition, speaking to the present while insisting on the future.
https://intlanthem.bandcamp.com/album/irreversible-entanglements